Problems that led to seniors' pandemic deaths have been long known: commission 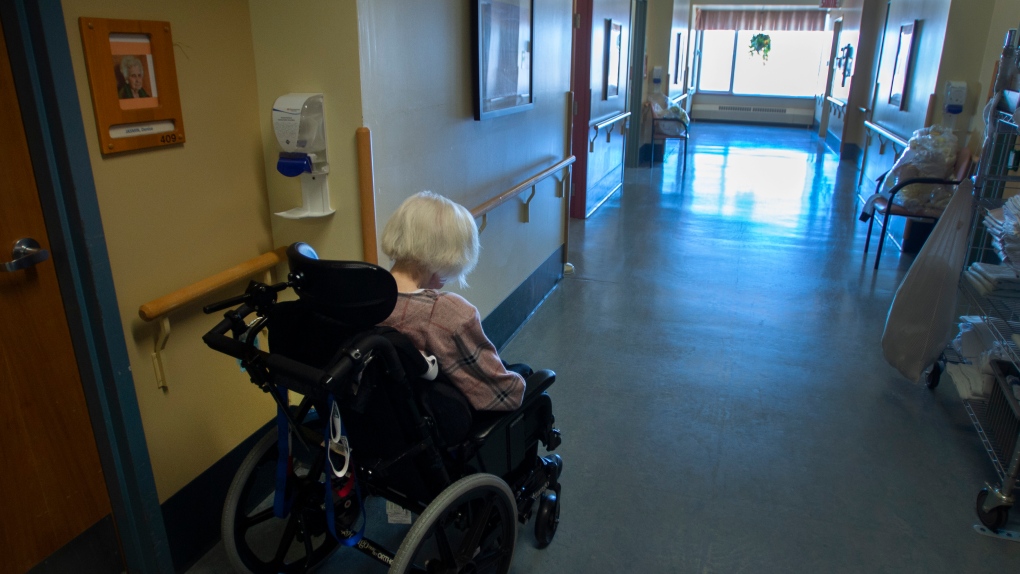 A resident makes her way down a hallway at CHSLD Rose de Lima seniors residence Friday, March 12, 2021 in Laval, Quebec. Almost all of the residents in Quebec senior residences have received at least their first Covid-19 vaccination shot.THE CANADIAN PRESS/Ryan Remiorz

More lives could have been saved during the COVID-19 pandemic if Quebec's healthcare system had been truly oriented towards the needs of its population, according to commission in charge assessing the quality of care given to the elderly.

The problems in Quebec's healthcare network have been known for some times, as have their solutions, said Joanne Castonguay on Tuesday during a technical briefing of the Commission for Health and Welfare.

She added those problems must be sorted now or “we're going to hit a wall.”

Castonguay delivered a report detailing hundreds of testimonies from Quebecers, sharing their experiences and possible solutions to improving the care and services offered to seniors.

The elderly have been described as a “blind spot” in the system, with a lack of personnel, responsible management, protective equipment and doctors in their living environments.

The testimonies confirmed findings already made by the commission, in particular that the problems had been long known, such as the lack of nurses and obsolete information systems. Those issues were exacerbated by the pandemic.

Castonguay said her role is to determine why solutions have not yet been put in place.

The commissioner refused to blame any particular government, saying the problems stem from several factors that numerous governments have contributed to, due to both a lack of mandate to make changes, or “a lack of courage.”

The consultation report is the first to be delivered by the commission. A progress report will be released in June.

“This work will allow us to formulate recommendations with a view to removing the blockages that have prevented our senior care and services system from being ready and agile to face the pandemic,” said Castonguay. “We are convinced that if the system had been truly geared towards the needs of the people, more lives would have been saved.”