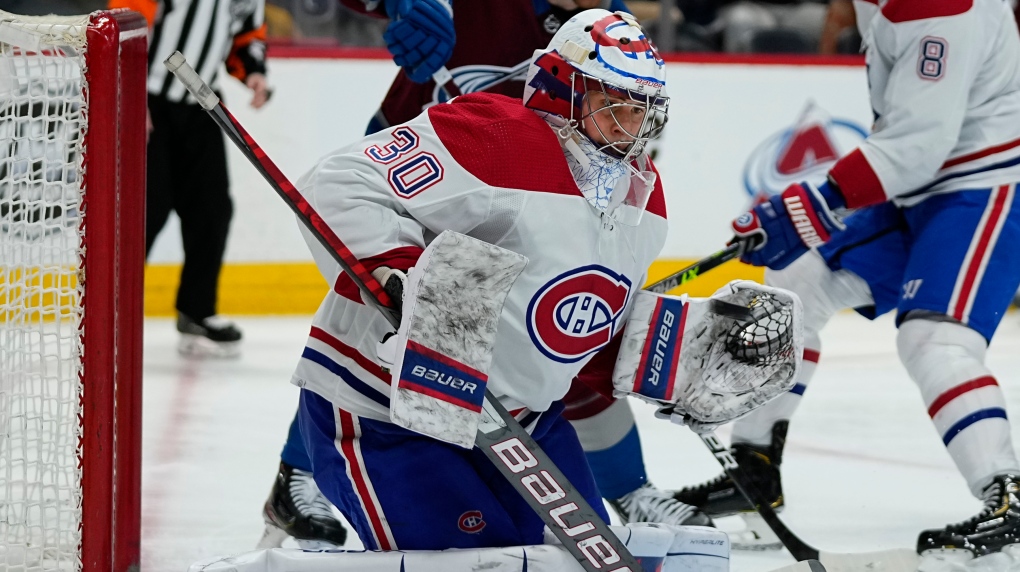 Montreal Canadiens goaltender Cayden Prime (30) makes a save against the Colorado Avalanche during the second period of an NHL hockey game Saturday, Jan. 22, 2022, in Denver. (AP Photo/Jack Dempsey)

Despite goaltender Cayden Primeau’s best efforts, the Montreal Canadiens lost 3-2 in overtime to the Colorado Avalanche on Saturday night.

Artturi Lehkonen and Nick Suzuki scored for the Canadiens (8-25-7) as they tried to get back on the winning track. Suzuki added an assist to his record.

But Gabriel Landeskog, Alex Newhook and Valeri Nichushkin blackened the score sheet in regulation time for the Avalanche (28-8-3), who extended their home winning streak to 15. Devon Toews had three assists and Samuel Girard had two.

Head coach Jared Bednar’s men hit the target twice on four power plays, while the Habs converted one of their two opportunities. The Habs scored a goal on the power play for the fifth straight game.

Primeau was back in front of the net for the Tricolore, finishing his night’s work against the Avalanche with 43 saves — a career high for him in the NHL.

His counterpart Darcy Kuemper gave up two saves on 30 shots.