MONTREAL -- It's not exactly good news, but it could help millions.

For the second time, Montrealers are going to help the world learn more about pregnancy and stress during a crisis. And, if the results turn out like last time, it's cause for concern.

In a two-year international study, researchers at Ste-Justine Hospital are documenting the effects of the COVID-19 pandemic on the mental and physical health of pregnant women and their babies.

“We know that anxiety, depression and stress during pregnancy in normal times are not good for pregnant women, but also not for the growing baby, the fetus,” says Anick Berard, who launched the study.

That fact doesn’t come as a complete surprise to Farahdja Casseus of Montreal.

Expecting her first child in March, the mom-to-be says wryly that being pregnant during COVID is “quite interesting.”

From the moment she learned the great news she was having a baby, Casseus says she’s felt weighed down by all kinds of COVID-related anxiety.

“You have to think of stability and security when you’re pregnant, so all of this was wobbly for me.”

Pregnant women in Quebec were also the subject of a similar study during another unusually challenging time -- the infamous 1998 ice storm.

Research conducted then showed pregnant women had increased levels of mental distress during the deadly natural disaster. And it showed.

“That had a direct impact on the neuro-development of their child,” says Berard, who is also a Professor of Epidemiology in the pharmacy faculty of Universite de Montreal.

Depression and anxiety symptoms, particularly in the second and third trimester, can also affect a baby’s birth weight and increase the risks of prematurity.

If preliminary data from the current study holds up, the researchers say, the effects of the COVID-19 pandemic will prove to be even more serious.

“We found out that 45 per cent of our participants had symptoms of depression that can be described as moderate to severe,” Berard said.

That’s twice as high as the symptoms reported by pregnant women during the ice storm, so researchers say there’s a great deal to understand about the current pressures.

Study participants will, therefore, be asked for a lot of information. Most women are being recruited through social media, and once registered, will be asked to fill out questionnaires. They’ll also be interviewed online by the investigators. The topics being explored include the impact of:

First-time moms-to-be appear to be struggling more with depression symptoms than women who have already carried a child and know what to expect.

On the other hand, for some, knowing what it’s like to be pregnant during normal times only highlights how strange the experience is today. 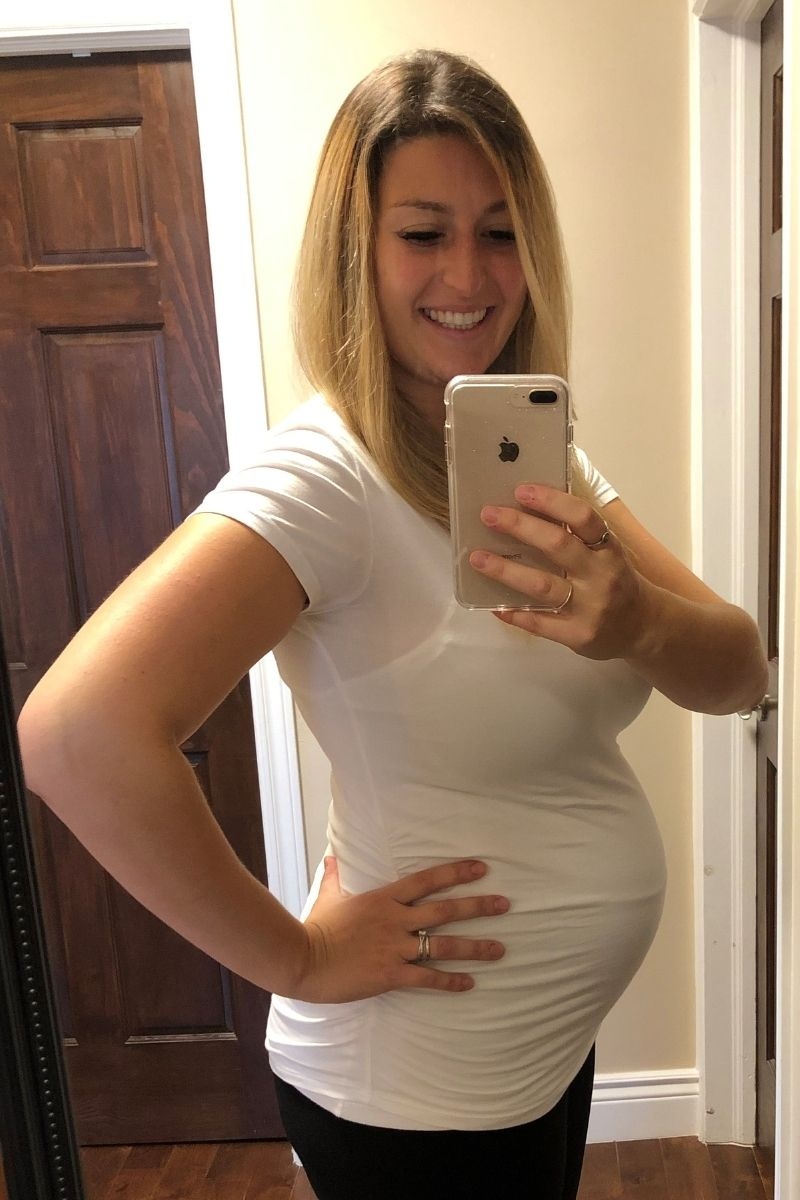 Foglia says she had much more contact with her doctors last pregnancy and saw them often for regular check-ups.

“Whereas now I think I’ve seen my doctor once or twice during my pregnancy, and I’m already in my third trimester,” says the 28-year-old mother of a young son.

And forget about enjoying certain meaningful moments with your partner, when pandemic protocols have to take priority, says Foglia, who had to be alone during her first ultrasound this time around.

“My first pregnancy, I was able to have my husband with me, and the first time we saw the baby on the ultrasound it was really a special and emotional moment."

This time he could only be in the exam room via Facetime.

Both Foglia and Casseus are also isolated from family members. No pregnancy photos with mom, no hugs.

“My grandmother hasn’t felt my stomach -- she’s barely kissed her grandson, so it’s a whole different experience this time around," says Foglia.

All those feelings of disconnection and uncertainty are what motivated the two women to sign up to be part of the study, which is called "Conception."

“I wanted to jump on right away because we are in this new day and age, and this is something that hasn’t been studied,” Foglia says.

It’s also important to understand the effects on the child, Casseus says.

The researchers would like to enrol 5,000 women in the study who are pregnant or who recently gave birth. They say they are halfway there.

Most of the current participants are from Quebec. The team at Ste Justine Hospital is now hoping women from other provinces and outside Canada will decide to take part. That will allow them to compare the Quebec experience with everyone else’s, given that public health measures and health care systems vary so much from place to place.

Some women as far afield as Europe, Qatar, South Africa, and the United States have already signed on.

Women who would like to participate can search for the "Conception Study" or "Etude Conception" on social media platforms.

Are you pregnant or have you delivered between March 13th and today? We want to hear all about your pregnancy/delivery experience during the pandemic! Click in the link in the bio to participate!