Power of One: Restorative justice couples victims with offenders 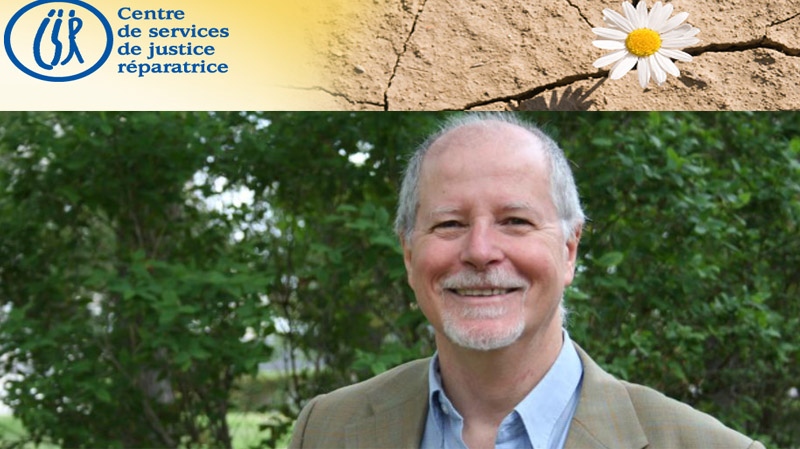 Brian McDonough has seen the benefits of criminal-victim dialogue.

When an offender gets locked for a crime, the lingering hurt is often buried, leaving both victim and offender struggling to cope with what happened.

But a practice known as restorative justice allows the victim a chance to heal by expressing feelings directly to the offender. It's a process that can also increase the consciousness and accountability of the inmate concerning the consequence of his transgressions.

The scars might never fully disappear but the process can help both sides move on and better understand the difficult events, as one volunteer has learned.

"It seeks to contribute to the process of healing that so many victims speak about and also to help offenders become a little bit more aware of the impact of the crime," said Brian McDonough, Volunteer Facilitator at the Centre for services and restorative justice (CSJR).

The victim doesn't have to sit face-to-face with the corresponding transgressor, as one participant has learned.

A woman named Marité has been taking part in the process, not by facing her sexually-abusive father, but rather, another man who committed similar acts.

She said that results have helped her cope with the damage she suffered.

"For him it was like I was his daughter," said Marité. "And I was able also to express my anger to him and that's what he wanted rather than silence from his daughter."

"I can now go forward because I'm not bound to my father anymore. I can leave him go."

Another victim found the restorative justice sessions so transformative that he has helped raise funds for the group by selling his artwork.

Joseph Anthony said, however, that the process requires real effort for it to work.

"They give me some good pointers but the real work is within us and we have to do it ourselves," said Anthony.

The experience has allowed him to transform his rage about past events into something more productive.

"Anger sometimes turns into an energy, a great energy and if you put it in the right place, you can do great things with it," he said.

Comments posted on the group's website display the depth of emotional trauma that both sides have to deal with.

Said one victim about the process: "The will to go all the way gives you the opportunity to witness something extraordinary: an unexpected openness, empathy for human suffering, even when it's felt by the offender. From that point on, the offender is no longer a beast, a monster, a demon; the offender becomes human."

One armed robber offered this description of his experience:

"Often I justified stealing to myself. Doesn't matter; they've got cash. That little thing she's got, it's not much. But the massive emotional attachment to that small object, wow! She described how she felt so well. She felt the danger, a small chill. You know, that taught me a lot."

Such testimonials fuel volunteers like McDonough, who has been a member of the Quebec Bar for 28 years and volunteers for many other social causes.

McDonough's colleagues marvel at his dedication to help those yearning to heal from the damage caused by criminal misdeeds.

The CSJR has also provided the following video to explain its services, below.