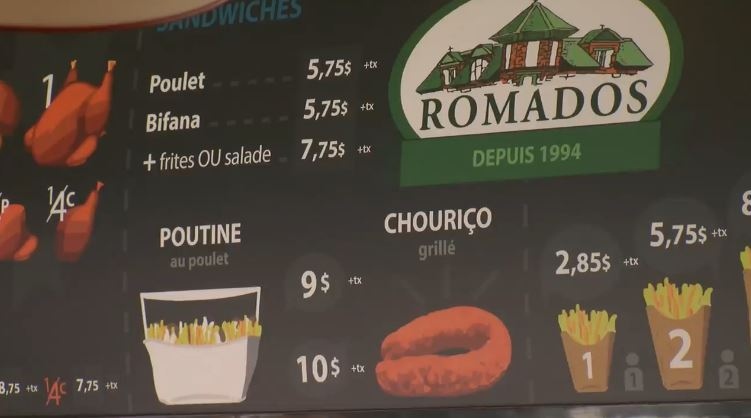 Romados, a longtime mainstay of the Plateau's food scene, has closed for good, according to a post on the restaurant's Facebook page.

MONTREAL -- Many of Montreal's restaurants are back up and running, but one of the most beloved has quietly shut its doors for good.

On Thursday, the owners of Romados, the Plateau-Mont-Royal joint that was popular for its piri-piri chicken, posted on their Facebook page that they would be permanently closing. Rather than making a new status, the announcement came as a reply to their last post, which was made over a year ago.

“It was our honour to serve you for over 2 decades,” they wrote. “This decision was imposed upon the business and not by choice.”

The owners went on to write that the Facebook page and all other social media would no longer be monitored and they would not be replying to any comments or messages.

According to the website Eater, Romados had been closed since New Year's Eve. An expansion in the Time Out Market was also forced to close in October due to the pandemic.

Reaction to the news of the restaurant's closure was swift on social media.

Romados closing in Montreal is a sharp knife to the guts. You can’t replace two decades of Portuguese chicken & love that place spread. https://t.co/pFPYF3rZVi

Massive F for Romados. The definitive Montreal chicken spot of its generation.

One day we all had our last Romados without knowing it

Actually devastated to hear about Romados