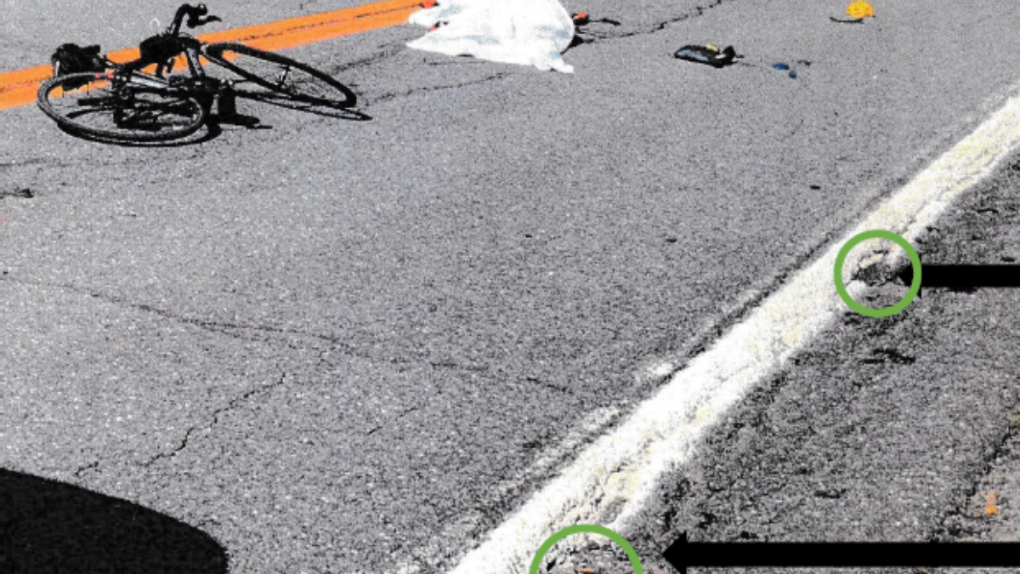 Multiple cracks and potholes made Roxton Rd. unsafe and were to blame in a woman's cycling death in 2021. SOURCE: Quebec Coroner's Office

Poor road conditions were at fault in a woman cyclist's death in Quebec's Eastern Townships, a coroner's report has found.

The report confirmed what police said after 63-year-old Estelle Leblanc from Granby was killed in a road incident while riding her bike on Roxton Road (R-139) in Roxton Pond, about an hour east of Montreal.

The report said that Leblanc was in excellent health and rode her bike regularly every summer when she was hit by a car on Oct. 9, 2021 while riding with her friends.

She left her home in Granby that day and hit a patch of road with multiple cracks and potholes that caused her to lose control and crash.

A vehicle driving in the other direction ran over her head and killed her.

She was wearing a helmet, and the vehicle remained in its lane the whole time.

The driver told police at the time that the cyclist started zigzagging before hitting the pothole and winding up in front of his vehicle when she fell off her bike.

A photo of the scene shows two holes around 20 centimetres in diameter, along with multiple cracks to the right of the white line.