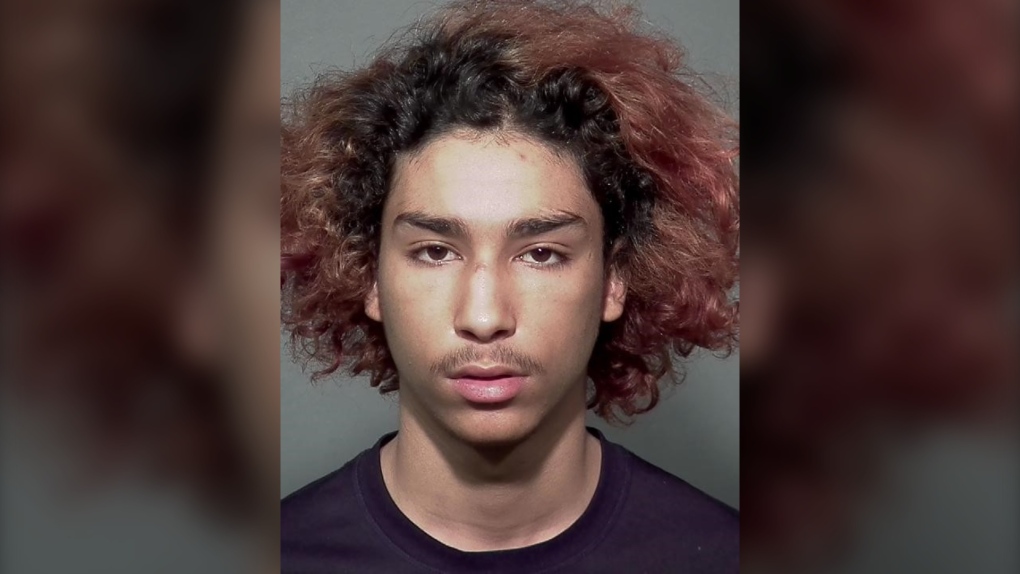 Yahya Mouhime, 18, is wanted by police.

MONTREAL -- The Montreal police organized crime unit is seeking the public's help in tracking down a teenager they say could be armed.

Yahya Mouhime, alias VT, appeared in a video shared on social media in early 2020. Everyone in the video is wearing a hood, except for Mouhime in certain shots. They are handling firearms.

Several complaints and reports were sent to the Montreal, Laval and Longueuil police services in the days following the video's release, given the violent messages conveyed in it.

Investigators confirmed that the weapons shown in the video were real and, as part of the investigation, police conducted eight searches between February and May. They seized the majority of the weapons seen in the video.

Six suspects were arrested and appeared in Quebec Court on multiple charges relating to the possession of firearms.

Anyone with information about this man can contact 911 or reach out anonymously and confidentially to Info-Crime Montreal at 514 393-1133 or online.