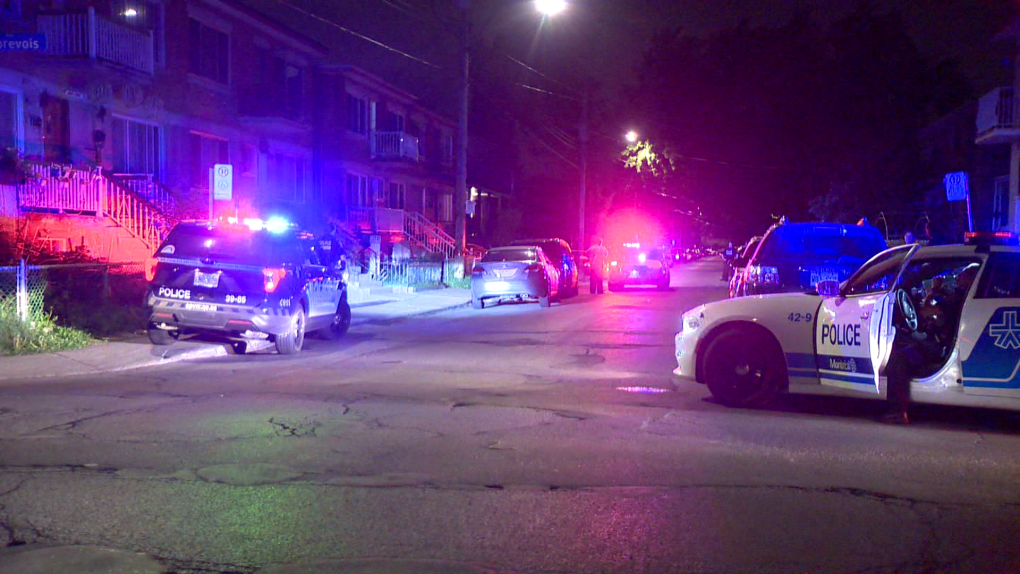 A man is in critical condition and a woman injured following a Montreal North stabbing on Thursday, May 28 / Cosmo Santamaria, CTV Montreal

At around 7:30 a.m., police provided an update saying his condition became stable. They had been called to the scene around 1 a.m., where they found the man on the ground on Paris Avenue near the Sabrevois Street intersection with multiple stab wounds to his upper and lower body.

Preliminary information suggests that a fight broke out between multiple people – one of which, a 19-year-old woman, was also taken to hospital to be treated for injuries to one of her hands.

The woman has since been arrested, as police consider her to be one of the suspects. They think she might have thrown herself between the 24-year-old and the main suspect, who had fled the scene before police arrived. They think he fled in a car, and they haven’t yet been able to provide a description.

A security perimeter has been established around the scene, and investigators, with the help of police dogs, will analyze the area to better understand the circumstances surrounding the event.