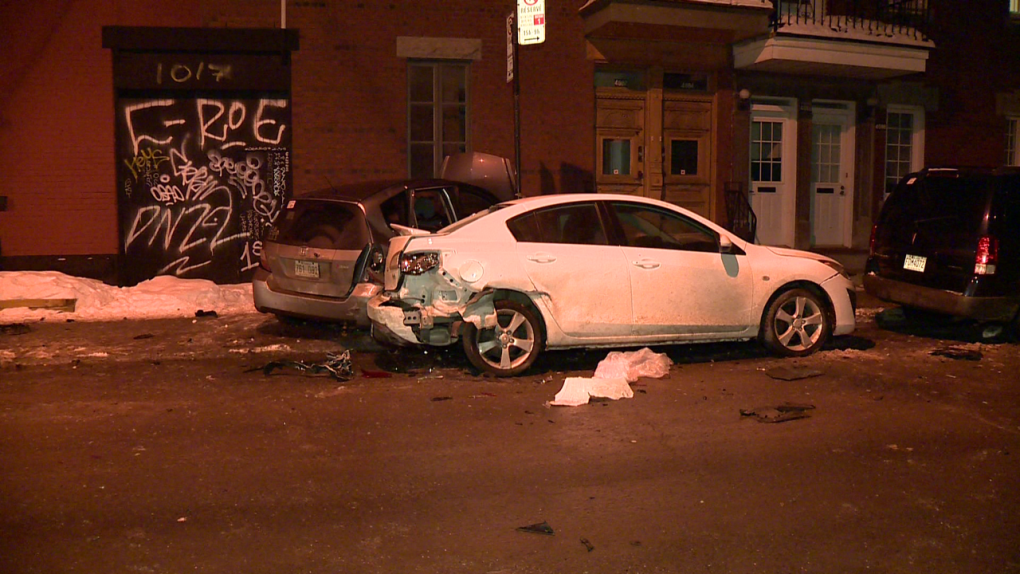 Police were called to Henri Julien Ave. in the Plateau around 2 a.m. after a car collided with at least seven cars parked on the street.

The driver appeared to be drunk, police say. As police were speaking to the driver, the passenger, a woman, allegedly came between them and assaulted an officer.

Both were brought in for questioning. The woman sustained an injury to her right arm.

Henri Julien was closed for part of the morning between Duluth Ave. and Rachel St. during the investigation.