Police respond in Laval after man reacts badly to bailiffs, barricades himself in home 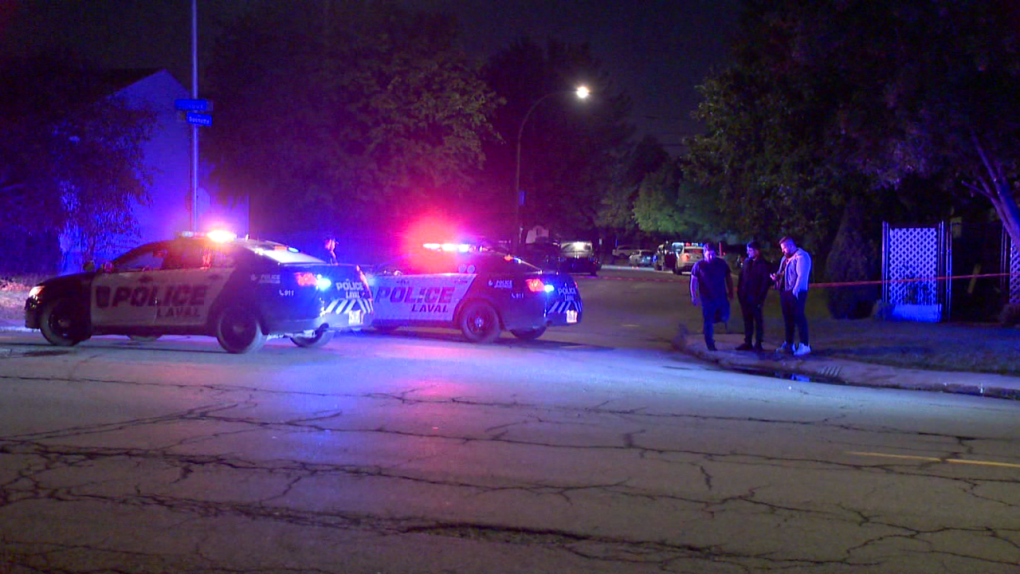 Laval police are investigating after a man was shot and killed in the Chomedey district. (Cosmo Santamaria, CTV News).

A major police standoff is underway in Laval after a man reacted badly to being served some papers by bailiffs on Tuesday afternoon.

It isn't yet clear what kind of notice they were serving the resident, a man, she said, but he reacted badly.

"He was very unhappy," Beshara said.

He didn't make any threats, she said, but seeing his reaction, the bailiffs moved a distance away to call police for help finishing their job.

"They didn't want any fight or anything, so they said 'We're going to call the cops and we're going to intervene with the cops," she said.

When police arrived, the man barricaded himself in his apartment and remains there as of 6 p.m. He is alone inside.

Nobody has been injured and the man has not threatened anybody, nor is it clear whether he has access to a weapon, Beshara said. However, as per protocol, police are trying to make contact with him and ensure the situation is under control.

There's a major response set up on the street, with firefighters, mental health responders and others.

Ont. and Que. scramble to recover from thunderstorm that left at least 8 dead

Clean-up efforts are underway after a massive thunderstorm on Saturday left a trail of destruction in Southern Ontario and Quebec.

How concerned should we be about monkeypox?

Global health officials have sounded the alarm over rising cases in Europe and elsewhere of monkeypox, a type of viral infection more common to west and central Africa. Here's what we know about the current outbreak and the relative risk.

BREAKING | 8 people dead after storm rips through Ontario; tens of thousands without power

Hydro Ottawa says it will take several days to restore power and clean up after a severe storm damaged hydro poles and wires on Saturday.

Ahead of his one-year anniversary on the Supreme Court of Canada this July, Mahmud Jamal spoke with CTV National News National Affairs Correspondent Omar Sachedina to reflect on his past year on the bench.

Kim Sigurdson, a Métis philanthropist from Manitoba, travelled to Ukraine in early May on his own dime to bring support to displaced Ukrainians.

Afghanistan's Taliban rulers on Sunday began enforcing an order requiring all female TV news anchors in the country to cover their faces while on-air. The move is part of a hard-line shift drawing condemnation from rights activists.