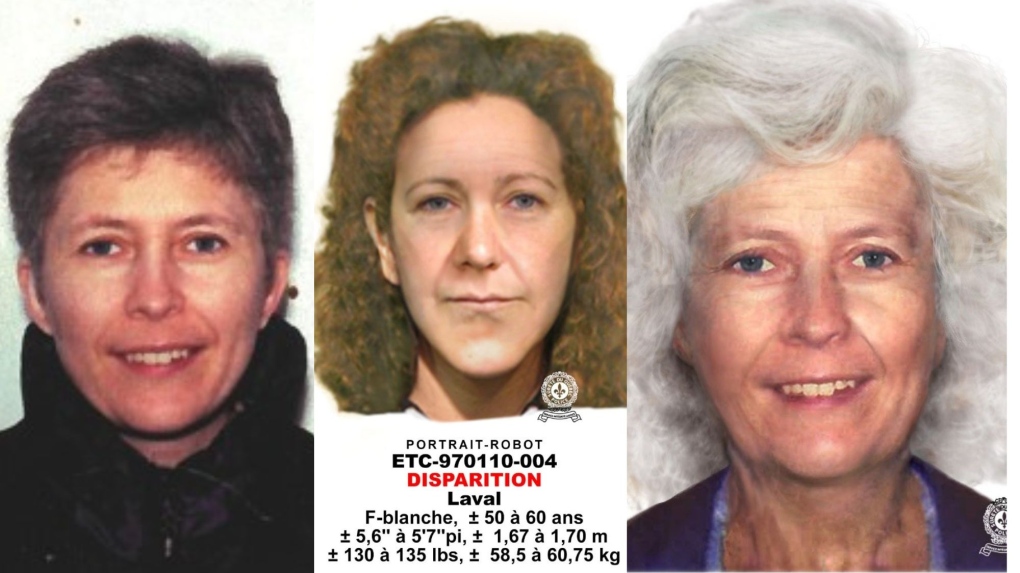 Police released a photo and two composite sketches of a woman from Levis, Que. who went missing in 1997 after reopening the cold case this week. (Source: Levis police)

Police in the Quebec City area are reopening a cold case of a woman who went missing in the late 90s and are setting up a command post in Laval, Que.

Pierrette Bouffard was last seen on Jan. 9, 1997, in the St-Romauld sector of Lévis, Que.

Lévis police said Tuesday that information recently obtained from the Laval police service "allowed the file to be reopened."

Laval police are setting up a command post at the Cité de la Santé hospital in Laval at 1755 Boul. René-Laennec from 6 a.m. to 5 p.m. on Wednesday in the hopes of solving the case.

Police also released Tuesday a facial composite of the woman who went missing at age 40. She is now 66 years old.

Anyone with information about Bouffard's whereabouts is invited to meet with investigators at the site. They can also contact police at 418-832-2911 or via the confidential line at 418-835-5436.