Police offer $2,000 reward for information on suspects in restaurant arson 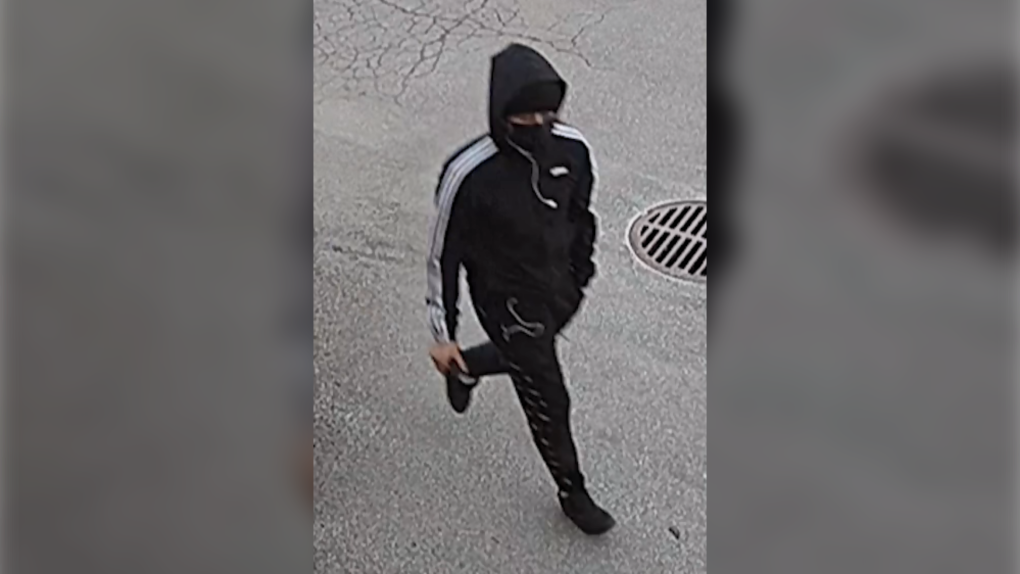 Montreal police are looking for two suspects connected to an arson in an Anjou restaurant. (Photo: SPVM)

MONTREAL -- Montreal police have released video and images of two suspects as part of an investigation into an arson in an Anjou restaurant.

The fire happened on April 22 in a building on Roi-Rene Blvd. near the intersection of Chateauneuf at 6:05 a.m.

A surveillance camera captured footage of the two suspects throwing a projectile at the building and then going inside while holding a gas cannister. Police said the suspects set the restaurant on fire and escaped on foot.

Both suspects are white males of average build and are between 17 and 20-years-old. One was dressed in a black hooded sweater with a zipper and long white lines on the sleeves. He was also wearing a black hat, black mask, headphones, black track pants with white patterns on the side, white socks and black running shoes.

The second suspect was thinner than his accomplice and wore a black hoodie, black tuque, black mask and black Nike running shoes with white soles.

Anyone with information can make an anonymous tip to Info-Crime Montreal at 514-393-1133 or online. A reward of up to $2,000 is being offered for information that leads to arrests. 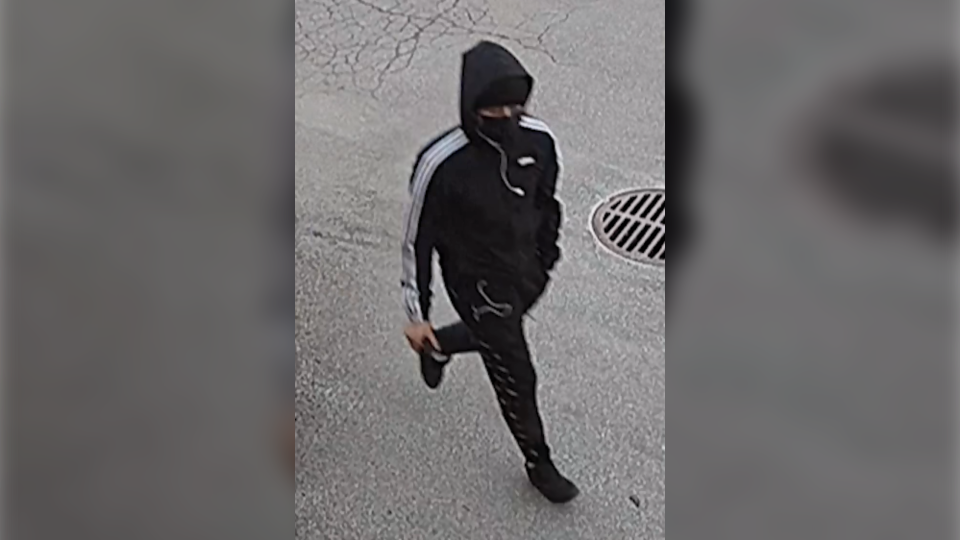 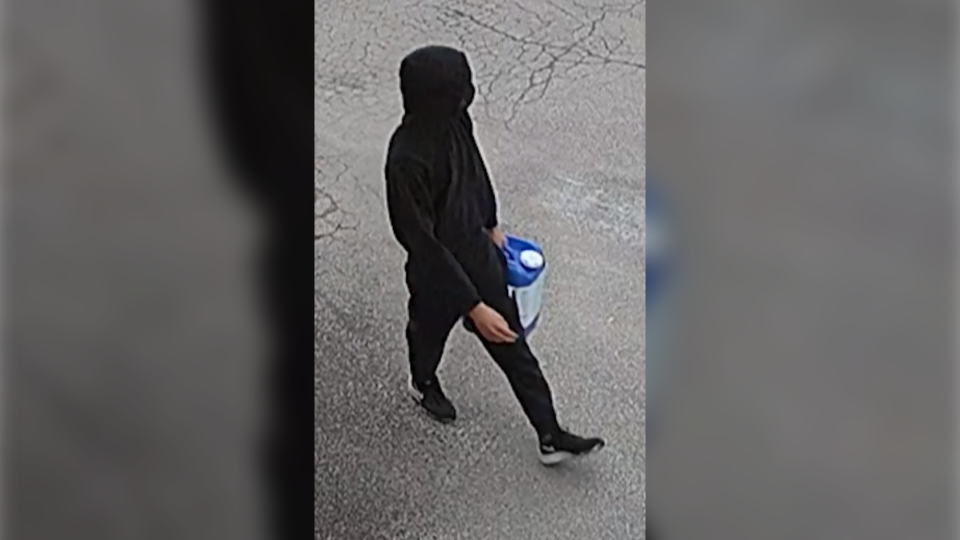