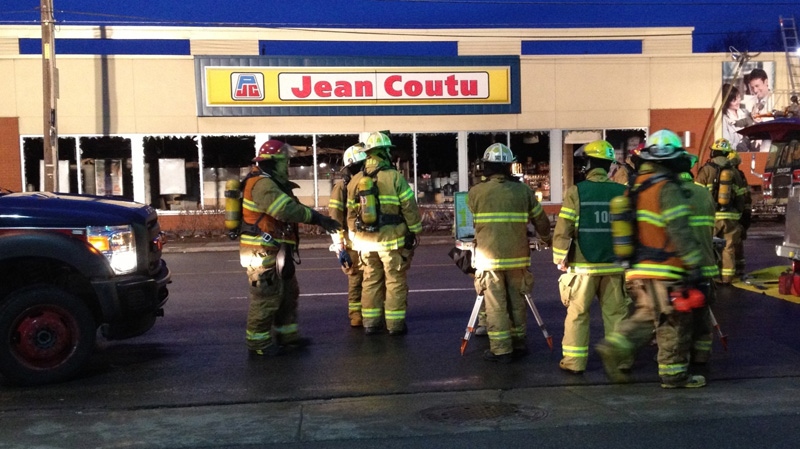 About 50 firefighters battled a blaze at a pharmacy in Cartierville Monday morning. (Image: CTV Montreal).

MONTREAL - Police rushed to a strip mall at 2565 de Salaberry in Cartierville Monday at 4:50 a.m. to fight a blaze behind a Jean Coutu pharmacy.

About 50 firefighters were on hand to battle the two alarm fire, which they managed to get under control by about 6 a.m.

Montreal police will handle the investigation because the fire has been deemed suspicious, being located near where prescription drugs are kept.

In a separate incident Sunday evening a 27-year-old man was rushed to hospital with upper-body injuries following an armed attack in the east end.

The incident took place after two men in their twenties slashed the victim, who managed to hit one of them on the head with an undisclosed object.

The incident took place around 10:35 p.m. near the corner of Ste. Catherine and Pie IX. The victim’s wounds are not considered life-threatening. The suspects fled on foot.