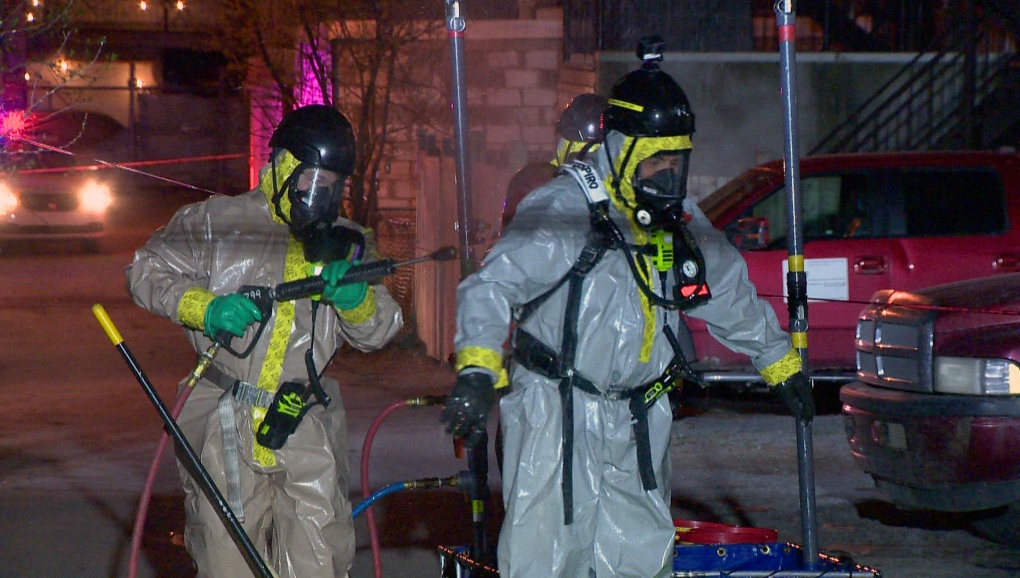 A member of a hazardous materials team washes down another person after examining a drug lab on May 8, 2019 (CTV Montreal/Stephane Gregoire)

Police officers and firefighters spent hours taking equipment out of a drug lab that had been built in a Montreal apartment building.

Several police officers who arrived at the scene fell ill, likely from exposure to toxic materials.

Nobody else was hurt, and a hazardous materials team was brought in to clean up the mess

Police then obtained a warrant to search the building, and they seized chemicals that could be used to manufacturer mind-altering drugs.

Officers have not made any arrests.