Montreal police have arrested a suspect following the killing of a 42-year-old woman whose body was found inside a Montreal North apartment Friday morning.

Police say they have “reason to believe” the 36-year-old suspect is the victim’s former partner.

The suspect, Antoine Coby, is facing one criminal charge at the Montreal courthouse, according to an excerpt from the court dockets released Saturday afternoon.

Police received a 911 call Friday around 9:30 a.m. concerning an incident at the apartment on Lacordaire Boulevard, near Charleroi Street.

When officers arrived, they found the woman without vital signs and "marks of violence" on her body, according to Montreal police spokesperson Jean-Pierre Brabant. 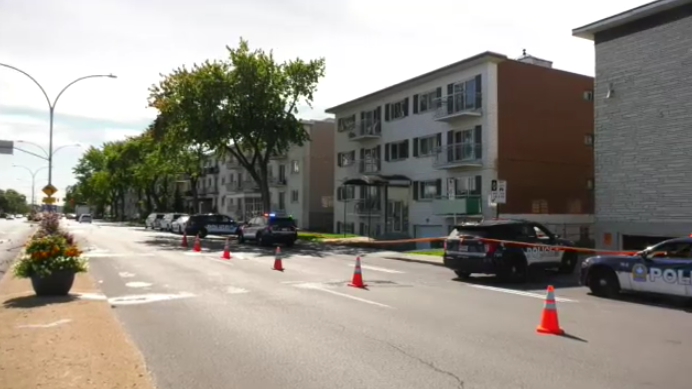 Her death marks the city's 24th homicide of the year.

The major crime unit is leading the probe into the woman's killing and an autopsy was ordered to determine the cause of death, Brabant said.

Police set up a perimeter outside the apartment while officers went door-to-door Friday morning asking neighbours if they heard anything suspicious.

The suspect was brought into custody Friday night and was held for questioning. The investigaton is ongoing.