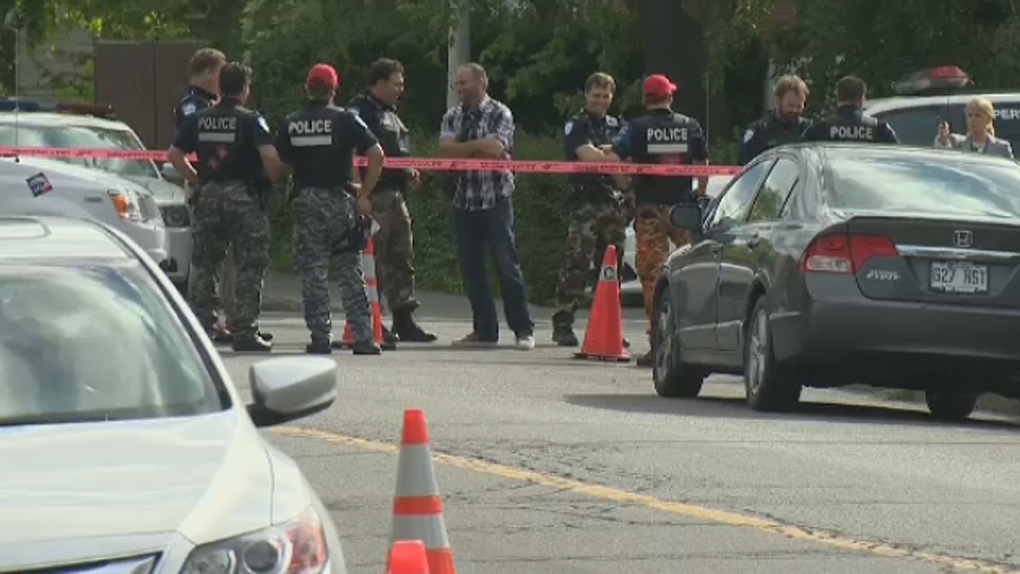 Montreal police investigating a report of shots fire on July 22, 2015

Police have arrested five men believed to be linked to the Devil's Ghosts gang.

The RCMP, the Surete du Quebec and Montreal Police all co-operated to arrest the five men Tuesday in Montreal.

Police seized four sets of brass knuckles, a rifle, ammunition, bulletproof vests, and about a kilogram of cocaine as well as vests with the insignia of the Devil's Ghosts gang, which is considered a junior club linked to the Hells Angels.

The investigation was launched when witnesses called police in late July to say someone had been shooting into the air from a van.

All five men are expected to face weapons and drug possession charges when they appear in court.