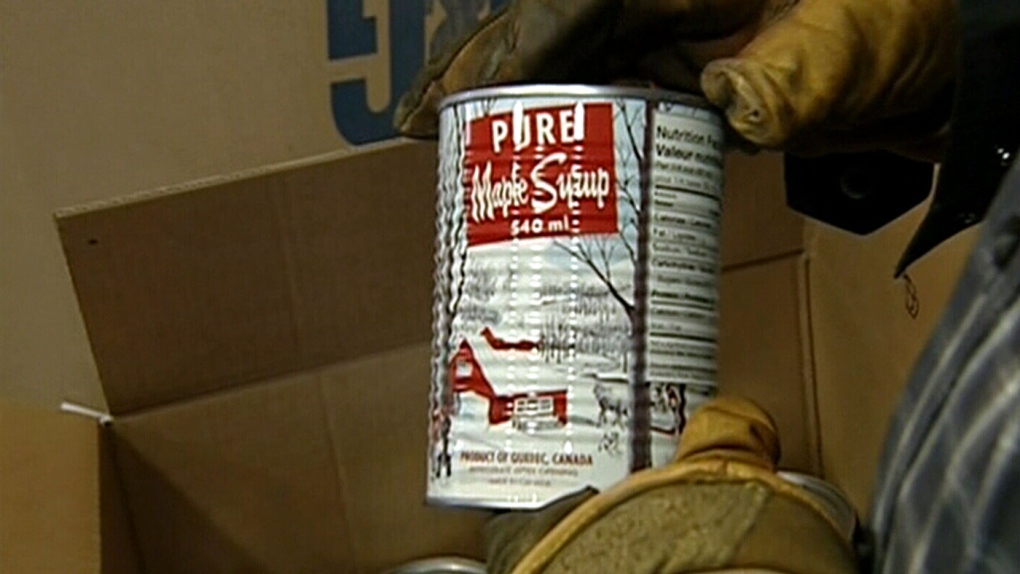 MONTREAL- Quebec police are saying 18 people have now been arrested in a massive maple syrup heist.

The accused face a variety of charges including theft, conspiracy, fraud and receiving stolen goods.

Provincial police said in a statement today they are looking for seven more people in the case.

The sweet stuff was stolen in the town of Saint-Louis-de-Blandford between August 2011 and this past July.

About 2.7 million kilograms of maple syrup, worth up to $18 million, was reported missing after a routine inventory check last summer.

Officers from the RCMP, the Canada Border Services Agency and the U.S. Immigration and Customs Enforcement helped Quebec police in the investigation, which featured interviews with 300 people in the maple syrup industry in Quebec, Ontario, New Brunswick and the northern U.S.