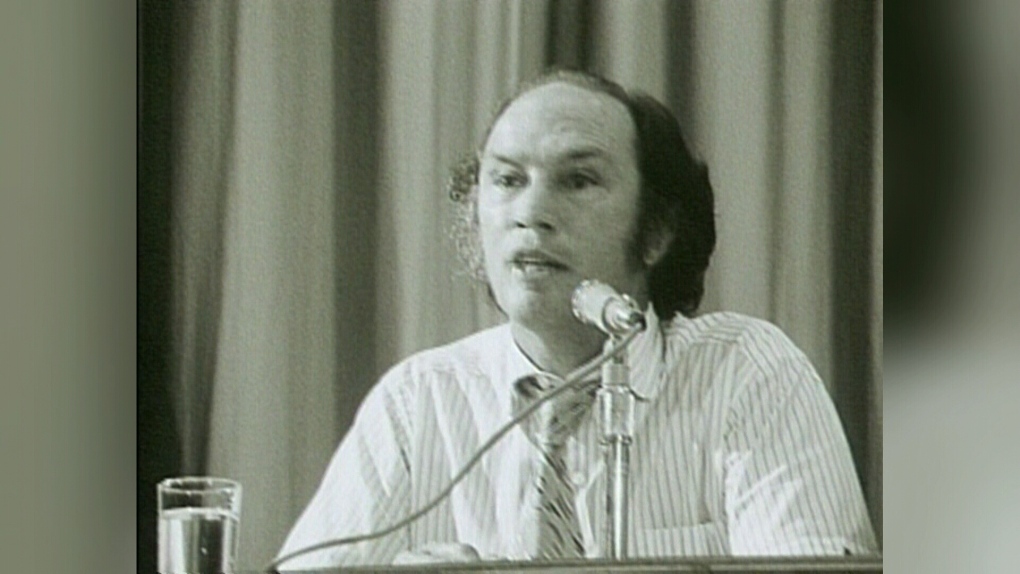 Current Prime Minister Justin Trudeau, son of Pierre Trudeau, has refused to comment on the allegations against his father.

American diplomatic documents suggest that Pierre Trudeau wanted to increase unemployment in Quebec to 15 per cent, even 20 per cent, in order to harm the independence movement.

These accounts of the then-American ambassador to Ottawa were recently revealed by American officials in Washington.

They suggest that Trudeau wanted the Power Corporation of Canada empire to redirect its activities and investments to be outside of Quebec.

"We need to verify this -- it is very worrying," said Premier Legault on Wednesday on the sidelines of an unrelated press conference. "It is very serious if it is true."

He said, however, that the Power Corporation had denied these revelations and had "never moved a person even to Ontario," to fulfill Trudeau's wishes.

In the House of Commons, the Bloc Québécois tried to get a reaction from Justin Trudeau. According to the Bloc, there is a continuity to what it called the "Trudeau method" -- hurting Quebec.

"The Canadian prime minister was considering, for political purposes, taking away honest people's jobs," said Bloc member Stéphane Bergeron. "Does the Prime Minister think that the behaviour of his predecessor befit his office?"

"I am not going to start a historic debate today with the member of the Bloc Québécois," was the only answer Prime Minister Trudeau gave, saying he had other fish to fry with the ongoing pandemic.

The Parti Québécois, however, is insisting that light be shed on these events and has asked that the federal government disclose all the necessary documents.

PQ leader Paul St-Pierre Plamondon accused the federal government of a certain constancy in its actions, namely to discredit Quebec and Quebecers.

"Quebecers have accepted the federal government's claims that they do not have the competence to have a country like any other people," he said in an interview with The Canadian Press on Wednesday.

"It's important that we realize, factually, that the federal government, using our taxes, has implemented plans to either sabotage our prosperity and our institutions, or to make us believe that we are not good enough, that we would not be able to have a normal democracy."

The PQ leader raised a few examples in contemporary history of the federal government's efforts to harm Quebec, whether it was the imprisonment of innocent Quebecers during the October Crisis, illegal espionage of the PQ by federal agents, or even the Chrétien government's "plan B" to counter separatists.

This report by The Canadian Press was first published Feb. 24, 2021.