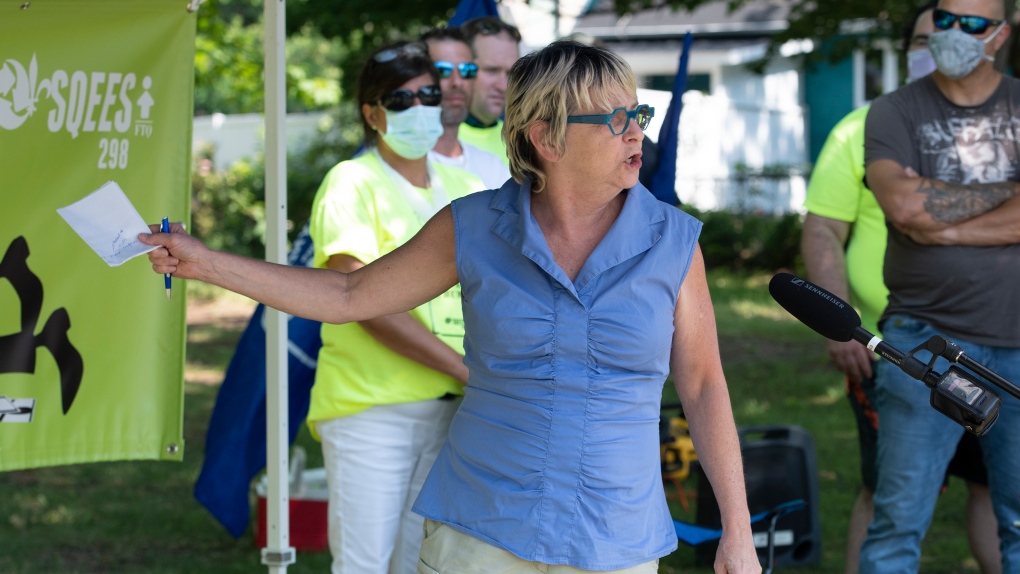 MONTREAL -- Pickets were set up early Friday in front of seven seniors' residences belonging to the Chartwell group in Quebec City and Saguenay.

The Quebec union representing caregivers (SQEES) - the main union of caregivers in the private sector in Quebec - carried out its threat and went on strike, after coming to an impasse at the end of the last negotiation sessions.

Around 500 workers, mainly caregivers, were generally paid $13.50 or $14 an hour before the temporary COVID-19 premiums paid by the government of Quebec.

The SQEES, which is affiliated with the FTQ, is demanding a raise to $15 an hour to start and an increase of $1 per year.

“Our requests are more than reasonable. Chartwell is the only one in Quebec to think that their workers deserve neither more nor better,” said SQEES president Sylvie Nelson.

For its part, the employer claims to have negotiated in good faith and submitted competitive offers.

“We have changed our offer since the start of negotiations 18 months ago. Despite our efforts, the union's position has not changed. Their monetary demands exceed 25 per cent over three years, and no company can assume increases of this magnitude. The union is also expected to be flexible,” said VP of operations and sales Marie-France Lemay.

Nelson replied that the employers' offer is not 25 per cent, but 21.6 per cent, and that such a percentage calculated on a salary of $13 or $14 is equivalent to “peanuts,” a few cents increase.

Essential services, however, have been maintained.

The attendants assigned to care must ensure 100 per cent of their work time.

Nelson sent a message to the Chartwell group, the largest private employer in the industry in Canada, reminding it that its union is affiliated with the largest union in Quebec.

“It is time for them to wake up. Otherwise, Chartwell will be exposed to other strikes and a strong call to our fellow citizens to choose their residences for seniors or that of their parents. We are 600,000 members of the FTQ and we will not hesitate, if necessary, to challenge our colleagues from other union organizations to support us,” warned Nelson.

Chartwell management, for its part, deplored the timing of the strike, in the middle of the novel coronavirus pandemic.

The SQEES replied that the private residences affected by the strike were all located in cold zones, and the union has already said it would cancel the strike if a COVID-19 outbreak were to occur.