Philly v. Montreal a duel of goalies, hitters and coaches that know each other well

MONTREAL -- An analytics aficionado looking at the NHL standings March 1, 2020, would have been hard-pressed to find a combination of wins and losses to put the Montreal Canadiens in the playoffs and knock the Toronto Maple Leafs, Pittsburgh Penguins and Edmonton Oilers out.

Analytics experts, however, cannot account for chaos, so here we are in August during a global pandemic watching the Montreal Canadiens (31-31-9) take on the Philadelphia Flyers (41-21-7) in Game One of the Eastern Conference semi-finals (I guess), Wednesday in Toronto.

The home team? Who cares.

The team with the better record? Who cares.

It's August, and we're watching hockey.

Captain Shea Weber showed his Captain of Gondor quality in the qualifying round against the wily, wise veterans from Pennsylvania's old-timer Pittsburgh Penguins team, and will have to show he can keep up with a younger, speedier, eager version.

Weber and the Habs' defence first assignment will be on the second line and keeping 26-year-old Oakville, Ontario-native Scott Laughton at bay.

Laughton (three goals, two assists) and his linemates Kevin Hayes, 28, (four assists) and Travis Konecny, 23, (two assists) were great in the first round and took a mound of pressure off the Claude Giroux-Sean Couturier-Joel Farabee first line.

The series is a perfect chance for Tomas Tatar, Nick Suzuki, Jesperi Kotkaniemi and Joel Armia to cash in on their potential.

With all due respect to Dale Weise, Habs centre Jake Evans is a big loss. 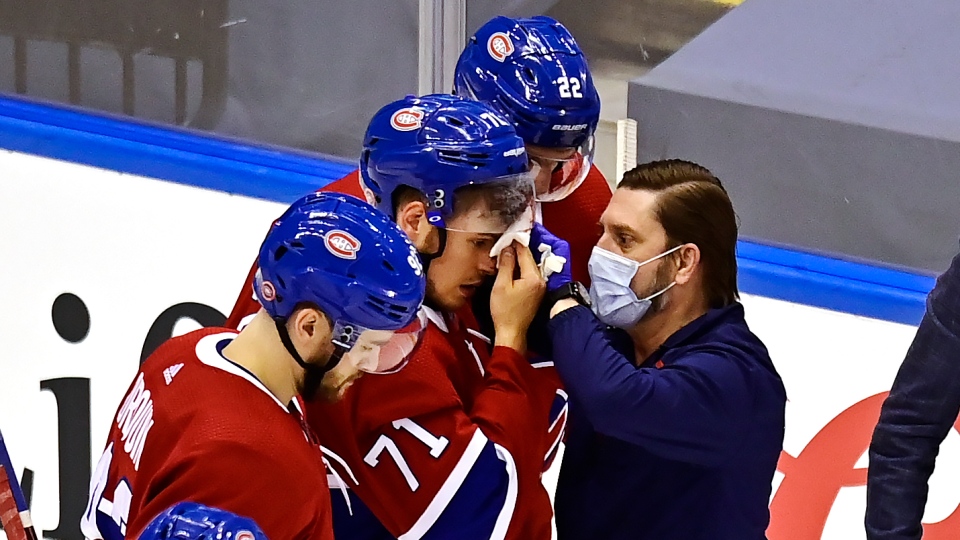 The C-C battle between the pipes is a true established future Hall-of-Famer versus a kid who had a picture of him on his wall growing up.

Carter Hart (1.00 GAA, .966 save percentage), who turns 22 tomorrow, could either prove himself the heir apparent to 32-year-old Carey Price's (1.67 GAA, .947 SP) moniker as top puck stopper in the league or be another young, talented, up-and-comer that can't hack the playoff pressure.

If the three-game round robin was any indication, the Albertan is up to the task keeping some of the best offensive talents in the league from Boston, Tampa Bay and Washington from racking up points.

No team scored more than once on Hart, who made two breakaway saves against Tampa. 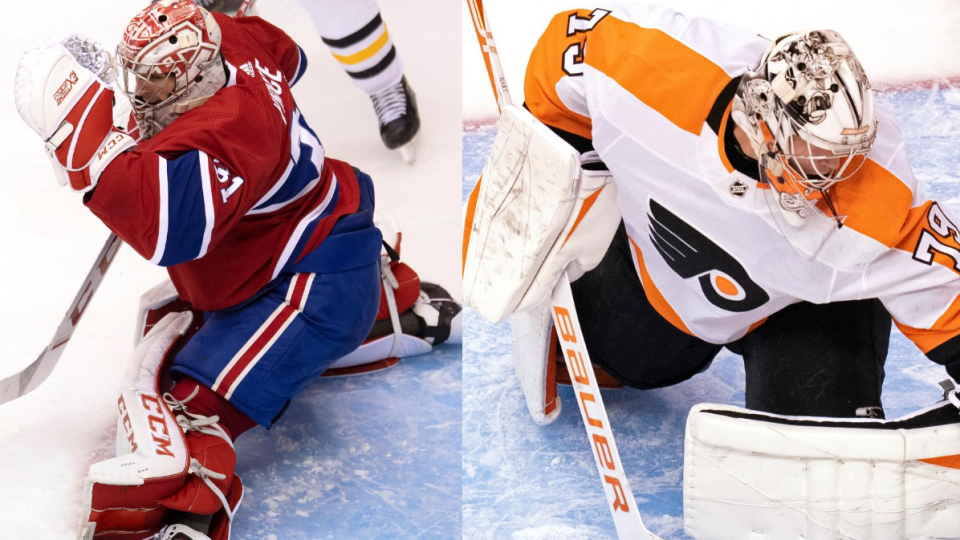 With two former and one former-now-current Habs coach on the benches in the series, it is fair to say that Claude Julien, Alain Vigneault and his assistant Michel Therrien know each other a bit.

In addition to that tasty morsel of trivia, the upcoming orange v. red series will be a rematch of the coaching duel in the 2011 Stanley Cup finals that saw Vigneault's Vancouver Canucks lose in seven to Julien's Boston Bruins. 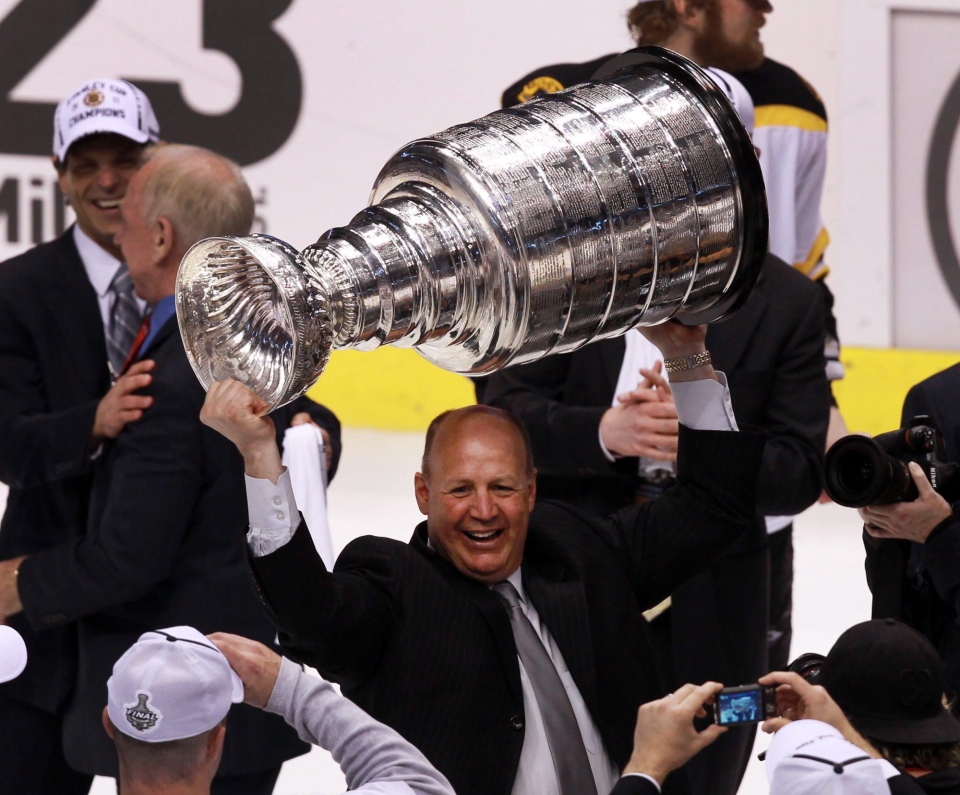 That was nine years ago?! Yikes!

Vigneault and Julien have both lost in the finals since, and favour a style that makes goals hard to come by.

Fun fact: both Vigneault and Julien coached the Hull/Gatineau Olympiques. Julien won a Memorial Cup with the team in 1997, and Vigneault won the President's Cup in 1988.

Therrien also coached in the Q leading the Granby Predateurs to a championship in 1996.

And in other former-Habs coaches news, the Pittsburgh Penguins decided to part ways with Jacques Martin and all the other assistant coaches on the team.

As in 2010, when Philly robbed the hockey world of being able to say the phrase "Stanley Cup champion Mike Cammalleri," the Flyers are bigger and stronger than the Habs.

Philly's average of 6'2" and about 200 pounds is about two inches and five pounds more than the Habs.

Height, as Martin St. Louis will tell you, doesn't mean everything, and the Habs hit a lot.

The Dish (Petry) can also score and could be the difference maker in the series.

Gritty and the Flyers play Youppi! and the Habs tonight at 8 p.m. 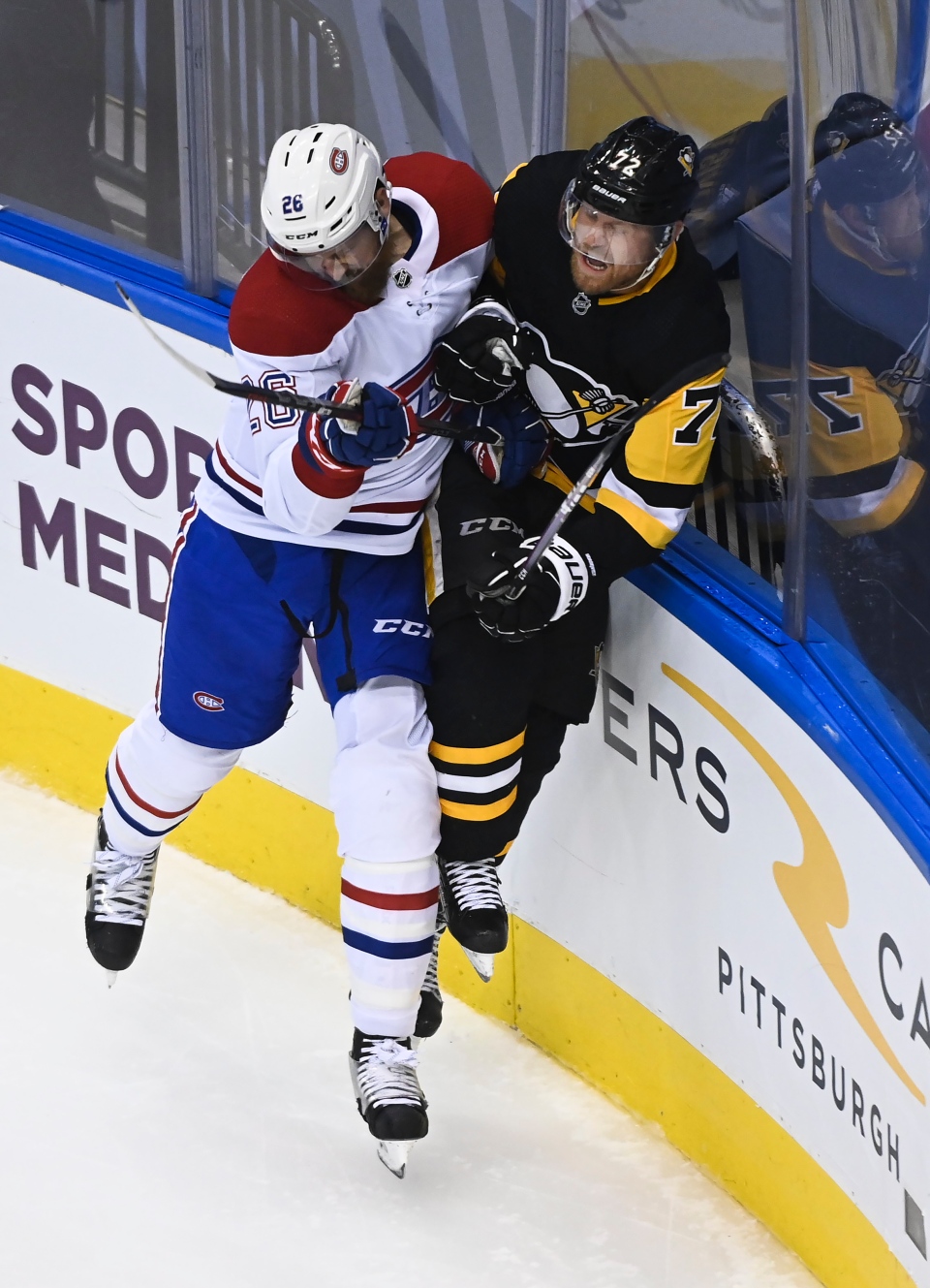