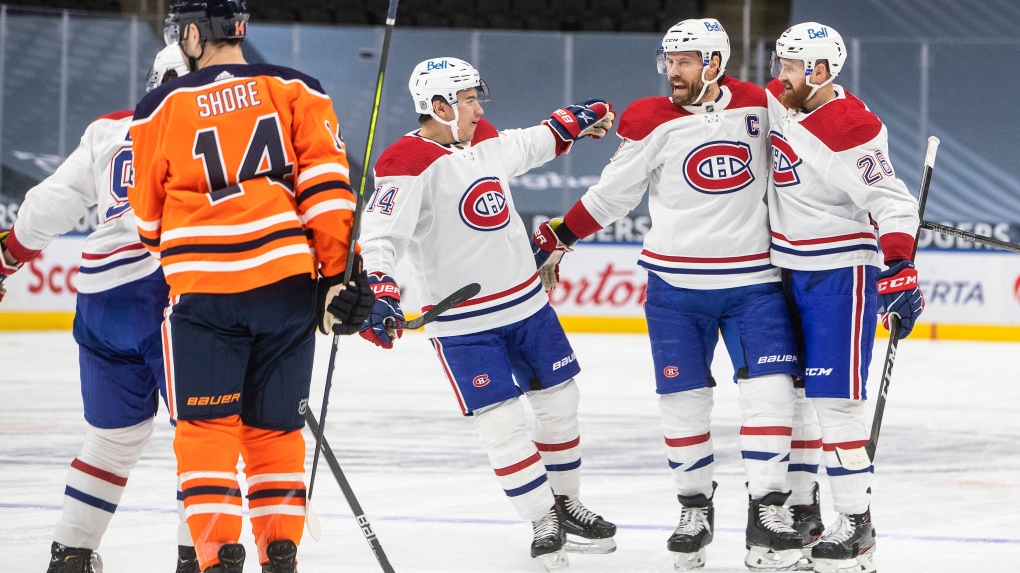 EDMONTON -- Jeff Petry and Tomas Tatar each scored twice Saturday to lead the Montreal Canadiens to a 5-1 victory over the Oilers in Edmonton.

Jake Evans also scored for the Canadiens (1-0-1), while Phillip Danault and Brendan Gallagher both tallied a pair of assists.

Carey Price was nearly perfect on the night making 34 saves to give Montreal its first win of the season.

Slater Koekkoek was the lone Oiler to sneak a shot past the Canadiens goalie midway through the third period.

Montreal got on the board early and never relinquished the lead, though the Oilers attempted to claw their way back, outshooting the visitors 26-20 over the final two periods.