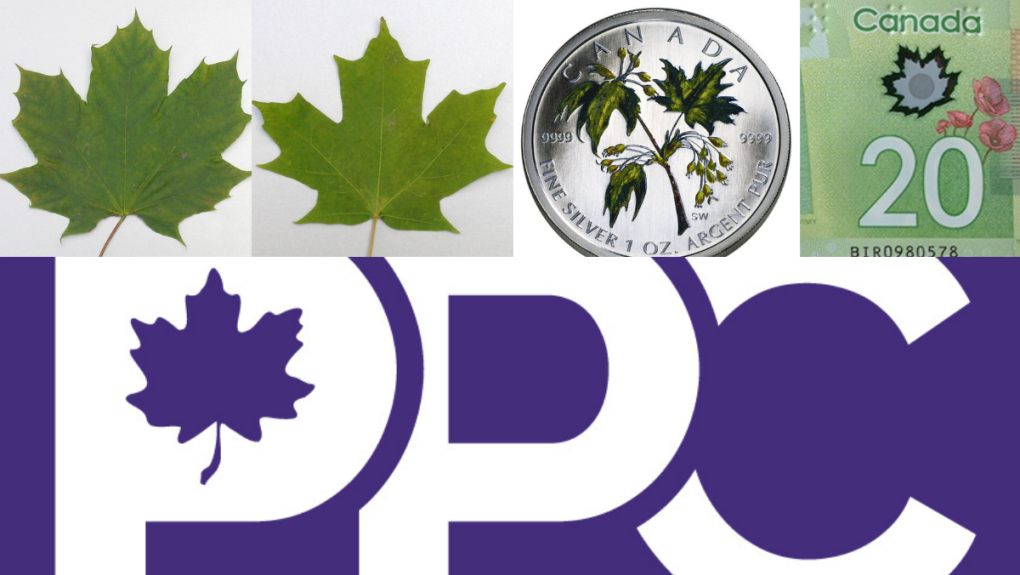 Only one of the images here is the Sugar Maple leaf. All of the others are Norway Maple leaves, which are from an invasive species.

MONTREAL -- The People's Party of Canada (PPC) gained votes in Monday's federal election, but one vote of confidence the party did not get was from botanists -- some of whom picked up a flaw in the PPC logo.

Far from being incensed or shocked by the mistake, botanist Jacques Brisson said the PPC's use of an invasive Norway Maple leaf rather than the domestic Sugar Maple leaf is an opportunity to learn about biodiversity and invasive species. 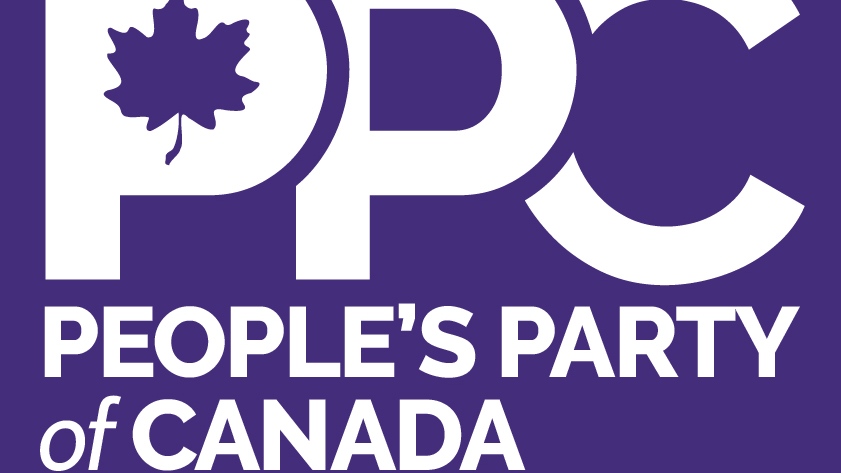 Brisson teaches at the Université de Montréal and one of his classes this semester is on how to identify tree species, where students watch a slide show of mistakes people have made in the past identifying various trees.

"Of course, the big star is the mistakes that have been made with the Norway Maple because it has been done so often," said Brisson.

The PPC is far from the first organization to make the gaffe when using what they thought was the national symbol in a design.

The Bank of Canada and Canadian Mint have both been guilty of the oversight, with the Norway Maple cropping up on the Canadian $20 and $10 bills in addition to collector coins, including the 2003 $5 coin and a gold minted one in 2015. 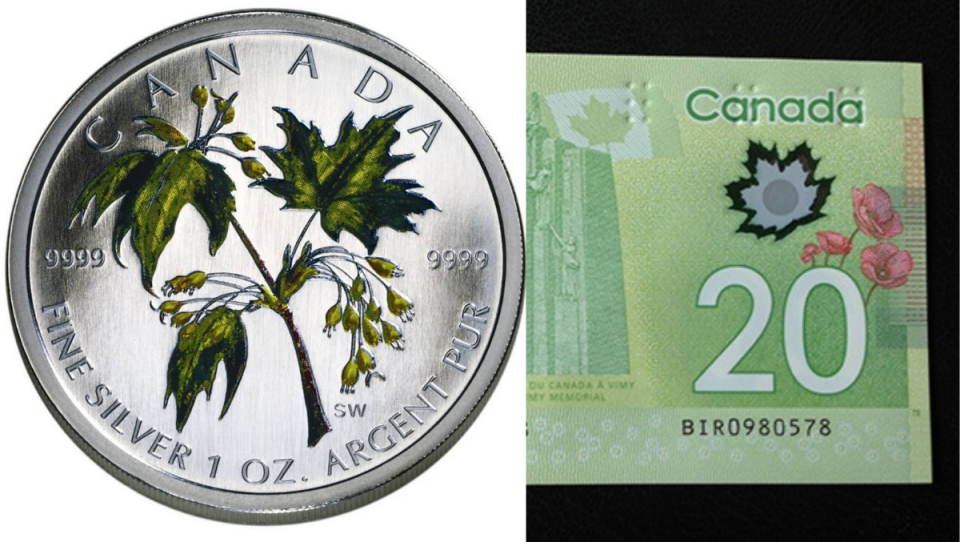 The Canadian Mint has more than once used the invasive Norway Maple rather than the domestic Sugar Maple.

"And Stamps!" said Brisson. "Even Canada Post has made the mistake of using the Norway Maple instead of the sugar maple."

The PPC says the leaf was an issue of design, not of specifically choosing one leaf over another.

"The logo uses a stylized version drawn by one of our employees of a maple leaf that had to fill a round hole in the letter P," said spokesperson Martin Masse. "Because of this, it does indeed look somewhat more like a leaf from a Norwegian maple than a Canadian maple. You sometimes have to adapt things a bit to meet such design challenges. The PPC sincerely apologizes to the arborist community for the psychological distress that this inaccuracy may have caused them." 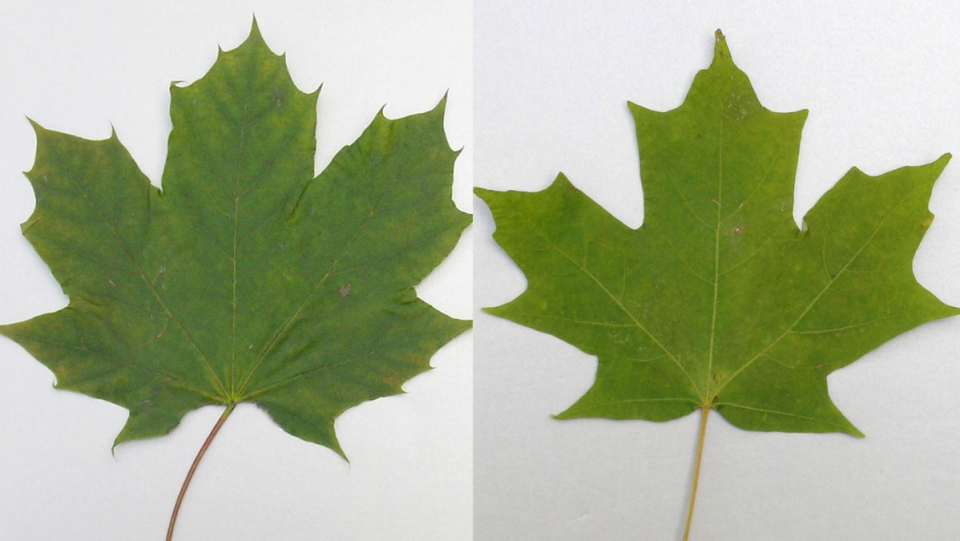 Botanists are keen to point out that the leaf on the left is from the invasive Norway Maple and the one on the right is the domestic Sugar Maple. SOURCE: UdeM

Chuck Barnett raises trees at Dearhouse Farms in Kanesatake, about 40 minutes north of Montreal, and says a feature of the leaf resembles the invasive tree's foliage, but it could also pass for a Sugar Maple.

Many designs, he adds, could seem like a different leaf than the one intended.

"It could certainly pass for one, given those upturned lower lobes," said Barnett. "Hell, the Canadian flag leaf actually resembles more of a Sycamore than a maple."

Brisson understands how easy it is to make the mistake, but hopes more Canadians can learn the difference between the various maple trees in the country and which ones are invasive.

"It's easy to do the mistake," he said. "Each time, it's between being amused or being tired."

Sugar Maples, he adds, are very important trees that give the country its national symbol in addition to the iconic maple syrup.

"To me, using this Norway Maple is like putting an elephant or a giraffe as the national animal," he said. 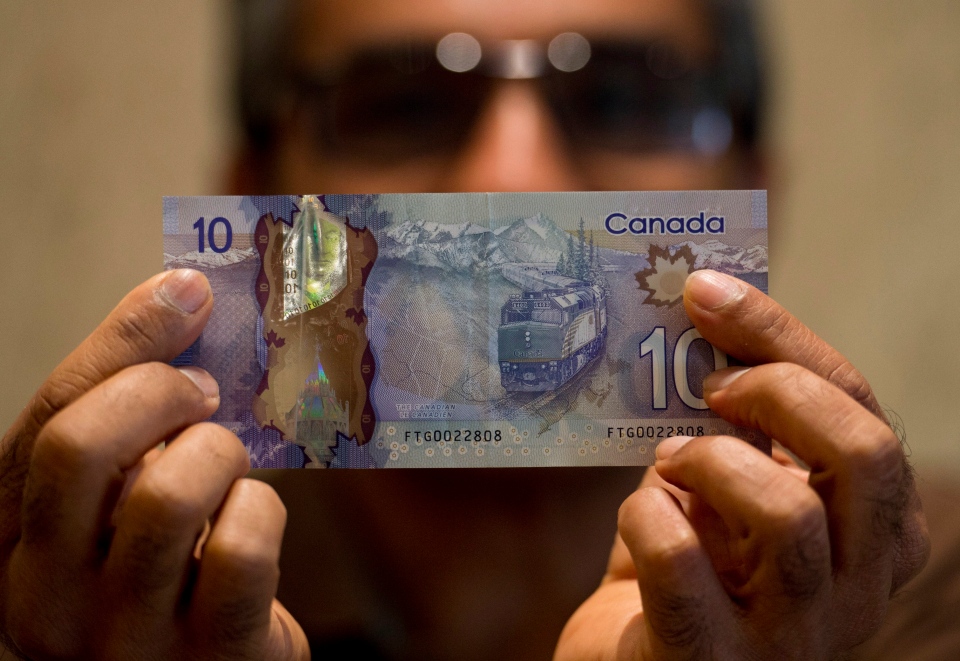 BULLIES OF THE FOREST

The national non-profit Tree Canada notes that the Norway Maple tree was introduced to North America in the mid-1700s from Eurasia.

They are very shade tolerant, Tree Canada says, and "can out-compete native trees such as Sugar Maple and Red Oak.

It is "known to be an invasive species in all parts of Canada."

The mistake, says the university professor, is an opportunity to learn about Norway Maples and their danger to the ecosystem.

"It's not a political statement on my part. It's a good opportunity to come back on this issue of invasive species," said Brisson. "Most people could not differentiate Norway Maples from Sugar Maples in the forest.

"I've been asked several times, 'what's the big deal of Norway Maples replacing Sugar Maples since they look alike?' I think we should not take this issue too lightly because there is a big difference."

There is the cultural significance, but also there is an environmental one.

A previous version of this article attributed the Canadian Mint to the error on both the banknotes and coins. The Bank of Canada handles Canadian banknotes, while the Mint produces coinage.