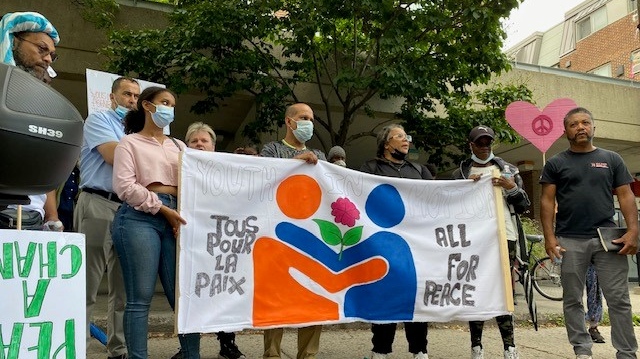 Those interested in participating are invited to meet at the Little Burgundy Coalition office on des Seigneurs Street, near Saint-Jacques Street, at 4 p.m.

Organizers are asking people to remember to wear their masks and comply with all public health guidelines.

The march comes after a shooting late Sunday night, when a young woman was injured after a gunshot was fired into the windshield of the vehicle she was in.

The car was parked on Dominion Street, near Quesnel Street.

On July 3, the body of a man was found in a car in the parking lot of an apartment building at the corner of Canning and Workman streets.

The incident is considered the 11th homicide to occur on the Island of Montreal this year.

-- This report by The Canadian Press was first published in French on July 27, 2021.