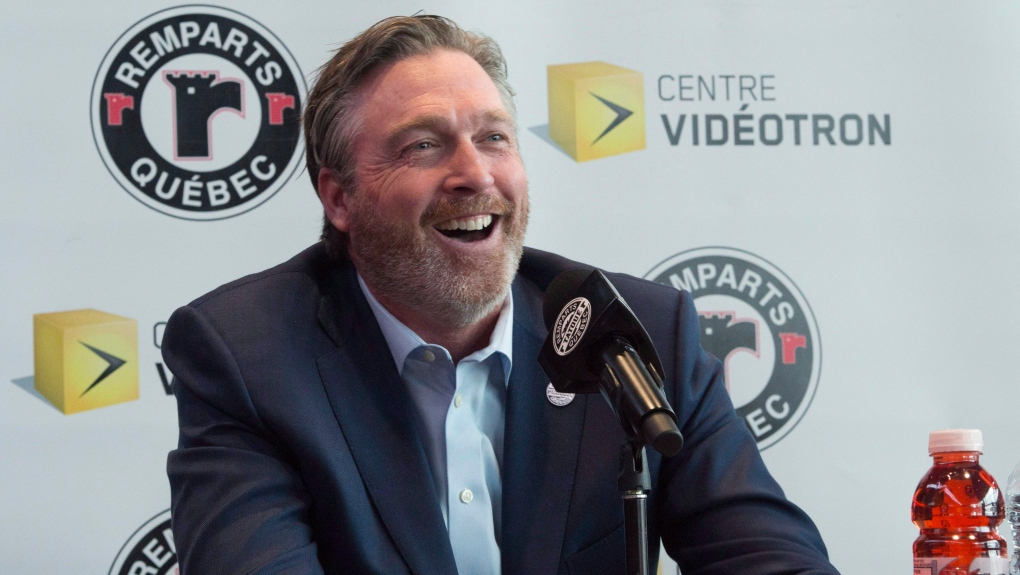 Hall of Fame goaltender Patrick Roy smiles as he announces his comeback with the Quebec Remparts of the QJMHL, Thursday, April 26, 2018 at the Videotron centre in Quebec City. Roy will be general manager and coach for the Remparts. THE CANADIAN PRESS/Jacques Boissinot

The other finalists for the honour, which is awarded annually to the QMJHL's top general manager, are Stéphane Julien and Jim Hulton.

Roy led the Quebec Remparts (51-15-2) to the Jean-Rougeau Trophy, awarded to the regular season champion team in the Courteau Circuit, for the third time in the modern era.

Julien helped the Sherbrooke Phoenix (46-17-2-3) finish first in the Western Association this season. He was the architect of a quick rebuild after finishing 16th last year.

Finally, Hulton, who won this honour last year, propelled the Charlottetown Islanders (48-13-7) to second place in the QMJHL standings, just behind the Remparts.

The Maurice Filion Trophy has been awarded since the 2005-06 season.