Parts of Quebec could receive 15 cm of snow Wednesday

MONTREAL -- A late flurry of snow will hit parts of central and eastern Quebec on Wednesday and Thursday as a low-pressure system passes through. 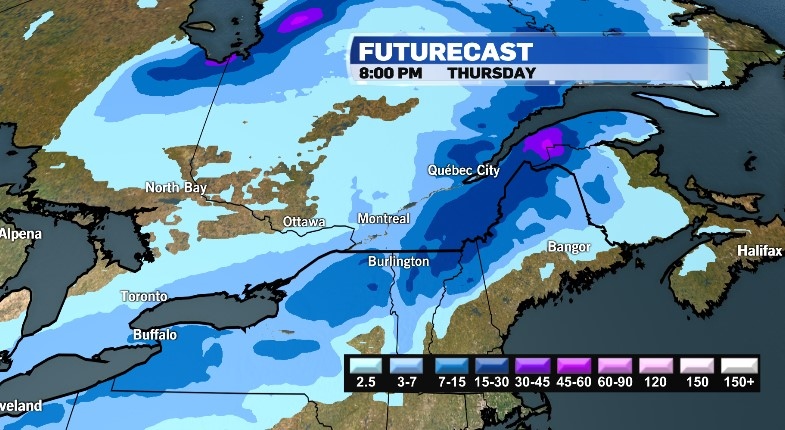 The federal agency's meteorologists warn that this snow could make roads very dangerous in these regions and cause major slowdowns, especially since many motorists have already removed their winter tires from their vehicles.

Environment Canada is predicting 5 to 10 centimetres of snow in Gatineau on Wednesday, 2 cm in Montreal and no significant accumulation in the Laurentians. 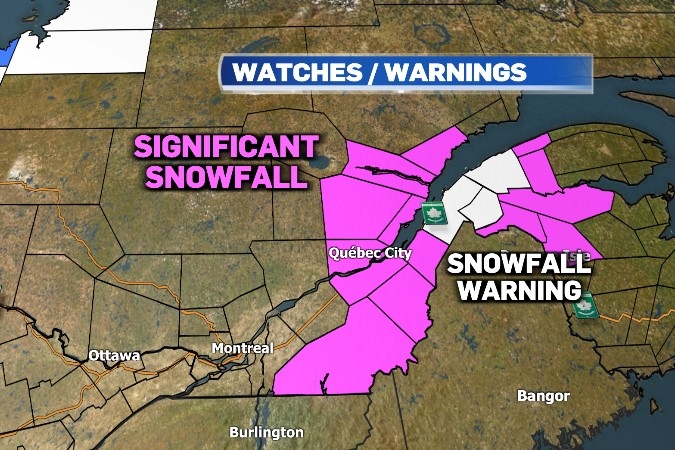 The regions most affected by the snowfall will quickly be enveloped by a return to spring-like conditions as temperatures rise at the end of the week.

This report by The Canadian Press was first published April 20, 2021.