Parti Quebecois Leader Paul St-Pierre Plamondon will have the chance to lead his party, for the first time, from the National Assembly.

With 142 polls reporting, the PQ leader secured just over 10,000 votes for 42 per cent of the vote in the Montreal riding of Camille-Laurin. The CAQ was trailing behind with 7,415 votes, or 31 per cent of voter support.The Liberals came in third in Camille-Laurin with just under 4,000 votes.

St-Pierre Plamondon lead a campaign squarely in favour of separation, forcing his party to split the remaining 30 per cent of Quebecers who would still vote "yes" to sovereignty. However, that population "deserves representation," he said.

"The independence project has been devalued… doubted," he said during his closing speech. "The destiny of Quebec is to become a country."

The leader predicted that sovereignty would grow into popularity once again in Quebec. Shortly after his speech, returning premier Francois Legault gave a victory speech to an auditorium of supporters in Quebec City. Legault, a former PQ member himself, will preside over a dominating majority outwardly disinterested in separation.

Instead, the CAQ's brand of Quebec nationalism has taken centre stage -- at least for now. With just three seats for the PQ, St-Pierre Plamondon said the "dream" of separation is far from gone.

"We will have our country," said St-Pierre Plamondon. "The potential is there." 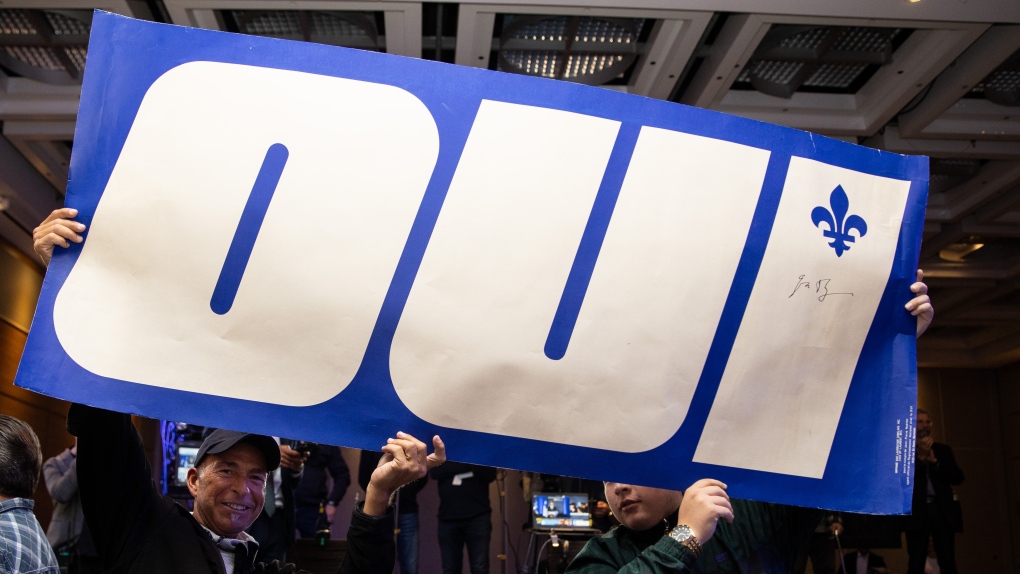 The CAQ second landslide victory solidified that, not only has Quebec nationalism transformed in the last decade, but that the PQ and Liberals are no longer the province's natural governing parties.

Once major players at the National Assembly, the Quebec Liberals will form a relatively weak Opposition against the CAQ, and the PQ will have just three candidates to voice their version of politics.

Both leaders, however, had an uphill battle as their respective party's new faces -- and pre-election polls cast doubt on whether there was enough support to award them their own seats this mandate.

Regardless of that, St-Pierre Plamondon took a decisive, or even victorious, tone taking the stage after winning his seat. Supporters chanted from the floor: "mon cher Paul, c'est à ton tour" -- "my dear Paul, it's your turn."