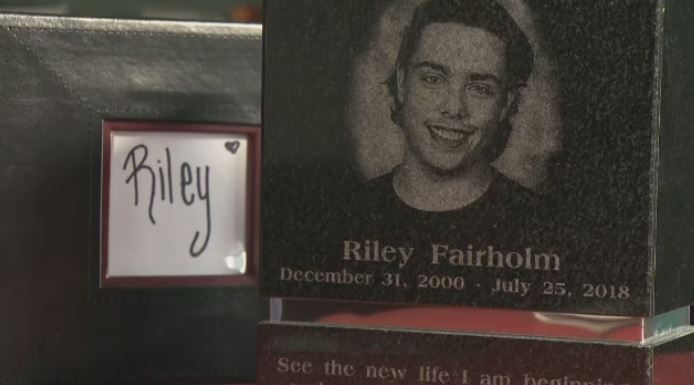 Riley Fairholm was fatally shot by SQ officers on July 25, 2018.

The mother of a teenage boy who was killed by Surete du Quebec officers in the Eastern Townships is alleging that Quebec’s police oversight body botched its investigation into the incident.

Riley Fairholm, a 17-year-old who suffered with mental health issues, was shot and killed by SQ officers in Lac-Brome on July 25, 2018. Quebec’s Bureau of Independent Investigators later determined Fairholm threatened officers with a weapon but his parents have alleged police didn’t do enough to de-escalate the situation.

According to a letter sent to Fairholm’s mother Tracy Wing by Quebec’s Police Ethics Commission deputy commissioner Helene Tremblay on July 30, an ethics investigation will be held to examine the incidents that led to Fairholm’s death.

In the letter Tremblay dismissed several complaints Wing had lodged, including that the BEI’s investigation was incomplete and that BEI director Madeleine Giauque had not done enough to ensure the investigation was properly conducted.

In a response sent on Aug. 12, Wing and Fairholm’s father, Lawrence Fairholm, accused the BEI of failing to live up its mission of investigating with “rigor, integrity and impartiality.”

“The BEI has been mandated to investigate all allegations regarding our First Nations people against the police. They are not up to the task,” they wrote.

In the response the parents alleged the BEI failed to properly examine all the evidence connected to Fairholm’s shooting, including his phone. They also accused BEI investigators of not speaking to all possible witnesses of the shooting.

The pair also accused the BEI of misstating facts in their report on the shooting, saying doctors and first responders had told her there were no signs police had attempted to resuscitate Fairholm.

“It would seem to us that the BEI, by publishing these statements as fact, is not investigating the case impartially and without judgment,” they wrote.