Pandemic purge: Montrealers are cleaning out their closets to donate and sell 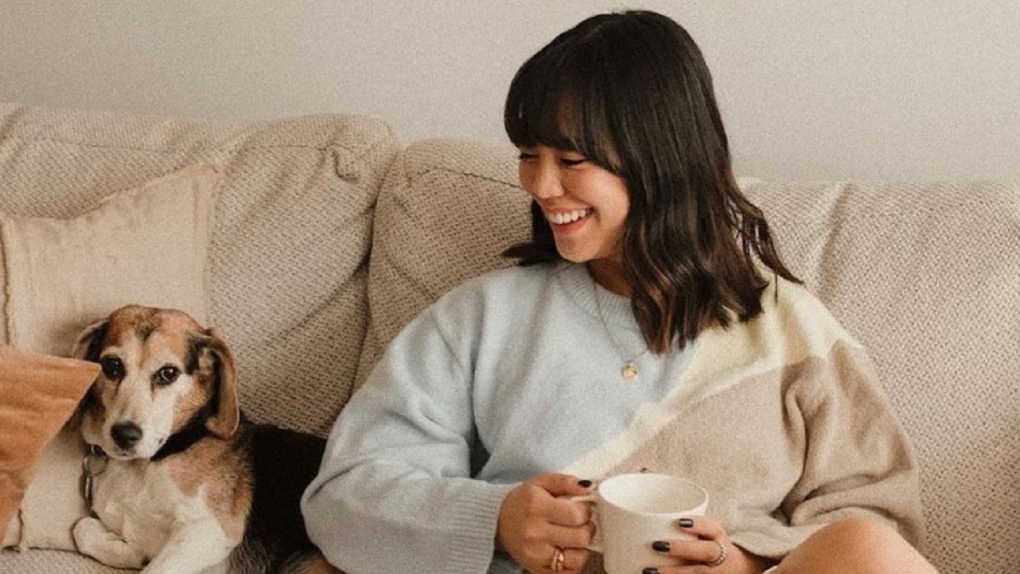 Montrealers are cleaning out their closets as a result of the pandemic. (Credit: Instagram.com/KatieCung)

MONTREAL -- Being stuck at home during the COVID-19 pandemic left a lot of people sitting on their hands.

So, what's one to do once the bread is baked and the thousand-piece puzzles completed?

Well, it seems a lot of people have decided to start going through their belongings and purging the things they don't need. The question then becomes, to donate or to sell?

"I think there was a huge shift in clothing over the last year," said Katie Cung, a nurse and lifestyle influencer in Montreal. "I find a lot of my 'going out' clothes are gathering dust, I would say, [so] I did donate and sell a couple of things."

Cung says she's no stranger to the purge and tries to reorganize her wardrobe at least twice a year.

She estimates she's removed hundreds of pieces of clothing -- and even more miscellaneous items, like home and beauty products.

"I usually get rid of things I haven't worn in a year," she explains. "If someone else can wear it and enjoy it, I rather someone else enjoy it."

For those looking to restock their closets, it seems like the trend is leaning towards second-hand finds.

"There's such a big market for second-hand things," Cung notes. "I feel like people don't feel the need to buy something full price from a fast-fashion brand if they can find similar stuff at a thrift store."

"The first year of the pandemic, we saw an increase of donations on everything; clothing, dishes, electronics. People had a lot of time to clean up their house," said Eric St-Arnaud, CEO of Renaissance, a non-profit organization in Quebec whose mission is to save the environment while "offering underprivileged folks the tools to develop their skills and to gain autonomy through integration into the workforce."

He points out that, with the trend of pandemic purging in full force, people need to consider donating to non-profits, even if it takes a little bit more effort than simply throwing things in the garbage.

"I totally understand that sometimes you do clean up stuff and you don't know what to do. It's easy to put it in the garbage," he said. "I just want to remind people that it's better for the environment to give to a non-profit organization."

Thrifting, St-Arnaud points out, is becoming more and more popular as the stigma behind buying second-hand items is cast aside.

"I think people are seeing us as not the second solution. When they start to see it as a first solution, then we see an increase in demand," he explains.

Despite the multiple opening-closings because of the pandemic, St-Arnaud says the organization has recovered relatively quickly thanks to the generosity of Montrealers.

For things that are perhaps a little more precious, Caroline Reny, president of Love that Bag etc, notes many people have reached out during the course of the pandemic to consign their belongings.

In fact, the idea of buying and selling what she calls 'pre-owned' products has become very mainstream in recent years.

"If you sell something and somebody buys it, you're extending the lifecycle of the product for about two and a half years," she said. "There's an advantage to that and designer goods allow you to do that because they're made to last, they're good quality, they don't end up in the landfill."

She adds many people who buy expensive items today tend to do so with plans to one day resell -- something they never really did before.

"I think people have realized that they can do with less, right? And so they're discarding, 'Oh, well, I don't really wear that anymore. I don't need that anymore,'" Reny notes.

She says she's notice the trend of buying expensive pre-owned goods, whether it be to save a dollar or the environment, has become popular across all generations.

As for any items not pristine enough for resale, Reny asks that people consider donating to the Handbag Project, which accepts well-used bags (designer or not) that Love That Bag etc employees then fills with personal care items to donate to local women's shelters.