Overall deaths in Quebec jumped 10 per cent in 2020 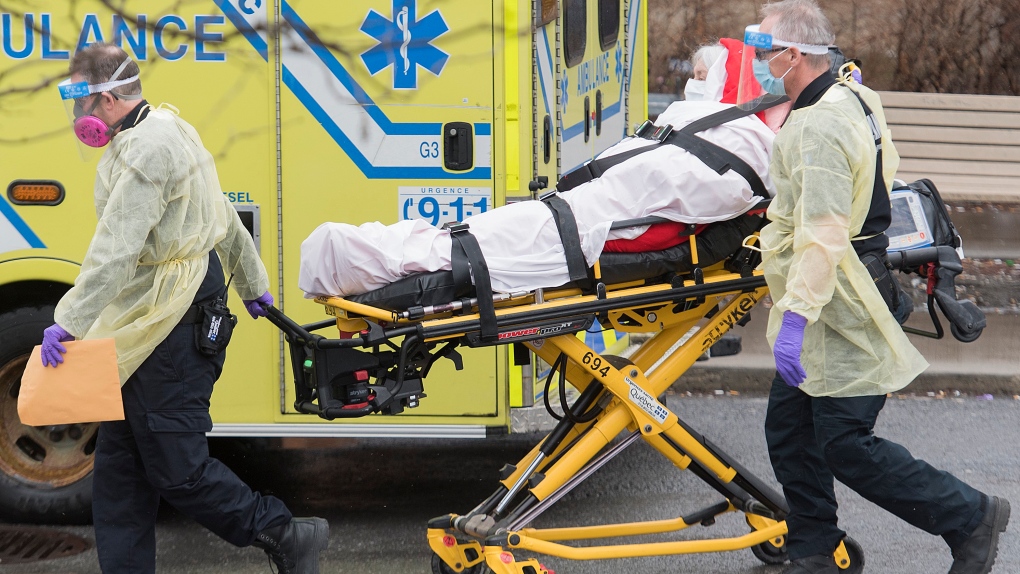 Paramedics take a patient from an ambulance at the Verdun Hospital in Montreal, Friday, April 10, 2020. THE CANADIAN PRESS/Graham Hughes

QUEBEC CITY -- Overall deaths in Quebec jumped 10 per cent in 2020, according to a new report from Statistics Institute of Quebec.

The institute says there is usually a yearly increase of deaths due to the province’s growing, aging population.

The institute called the 10 per cent jump in one year "an exception."

Of course, 2020 was an exceptional year, and the increase in deaths is a result of the pandemic, which hit Quebec harder than other provinces in Canada, specifically between the end of March and the beginning of June.

Last fall, the number of deaths recorded each week in Quebec from all causes was significantly higher than the same period in the previous ten years.