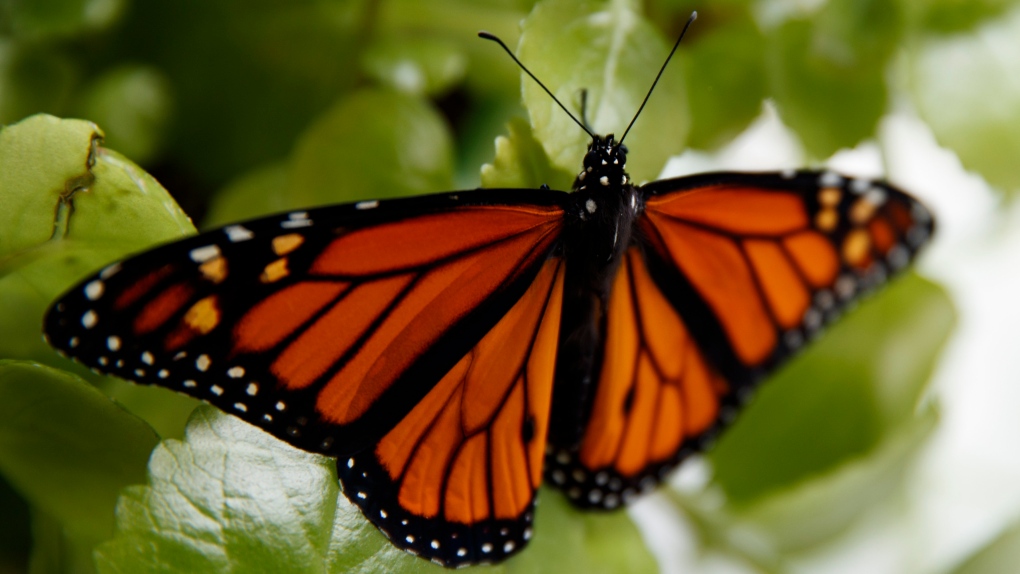 Two Montreal politicians and a biodiversity activist group are calling on the Trudeau government to take responsibility for preserving a vast natural area leased and managed for many years by Aéroports de Montréal (ADM) after it "wiped out" thousands of plants in late June, according to a group called Technoparc Oiseaux.

Marwah Rizqy, MNA for Saint-Laurent, Alexandre Boulerice, MP for Rosemont--La-Petite-Patrie, as well as Technoparc Oiseaux called Tuesday for changes to the lease between Transport Canada and ADM or for the creation of a federal park, in order to protect an ecosystem of about 200 hectares north of Montreal-Trudeau airport.

Its size is equivalent to that of Mount Royal, said Rizqy.

According to Boulerice, the fact that these lands were provided in a lease is not an excuse for the Trudeau government "to wash its hands of the actions of Aéroports de Montréal." It should "tighten the screws" on ADM, the MP said.

"The provisions are clear. We must be able to apply federal laws to protect ecosystems... Biodiversity is not just a matter that happens in the Amazon or in sub-Saharan Africa, it's also in our backyard," he said at a press conference in Montreal.

He and Rizqy said it was one of the last "green" places in the Quebec metropolis.

The Liberal MNA sees it as an "appropriate" place with wetlands to fulfill the Trudeau government's promise to create a national urban park in every province and territory.

"If nothing is done, this opportunity will be lost," said Rizqy.

ADM recently conducted work on a portion of the land that had been left undeveloped since 2012, prompting consternation from the Technoparc Oiseaux organization, even as ADM insisted that the land in question was not ecologically sensitive.

The group condemned the destruction of flowers, shrubs and plants, including milkweed, which contribute to the survival of the monarch butterfly, which is widely present in this area, during the nesting season.

"We also found dead birds on the ground. There are many birds that nest on the ground and even in the phragmites, which is said to be invasive," said Benoit Gravel, a spokesman for Technoparc Oiseaux, on Tuesday.

The organization says it has counted 150 species of birds that frequent the site.

ADM denied earlier this week in comments relayed by some media that it had razed the site, saying instead that it had simply mowed the lawn and carried out normal maintenance operations, particularly because of the presence of ragweed and long grass.

According to the organization, no monarch butterflies had yet been found at this location in 2022. Technoparc Oiseaux maintains that these butterflies usually arrive later in the summer.

For its part, the office of the federal Minister of Transport indicates that Minister Omar Alghabra "has already written directly to the CEO of ADM to express his concerns, request details on the next steps in this file and reiterate the urgency of the situation."

While the terms of the lease provide for ADM to be "independently responsible for decisions" on the use and development of the land, they also include environmental protection requirements, the minister's office says.

"Our office is following up with ADM on a weekly basis to learn about their plan and to urge them to make progress on this file," Alghabra said in a written statement to The Canadian Press.

"Our government is also planning to hold a meeting soon between the minister and the airport to discuss the situation."

The land already includes an ecological park where Aéroports de Montréal created spaces dedicated to butterflies last fall with the planting of some 180 milkweed plants and about 300 milkweed seeds.

"This is a good start, but we reiterate to ADM that they need to do more," wrote Alghabra's office.

Technoparc Oiseaux says it's still concerned that, like other lots, the ecological park will be subject to commercial or industrial development as long as the lease remains unchanged.

On the site where ADM recently did some work -- also known as the "Monarch Fields" -- Medicom had wanted to build a factory to produce filters for surgical masks, but backed out this winter when environmental groups had concerns about the project.

This report by The Canadian Press was first published in French on July 5, 2022.

Author Salman Rushdie on ventilator after stabbing, may lose an eye

\Salman Rushdie remained hospitalized Saturday after suffering serious injuries in a stabbing attack, which was met with shock and outrage from much of the world, along with tributes and praise for the award-winning author who for more than 30 years has faced death threats for his novel 'The Satanic Verses.'

Casper Ruud managed to get his racket on an overhead smash late in Friday's quarterfinal against Felix Auger-Aliassime, eliminating the Canadian from the National Bank Open.

Iranians reacted with praise and worry Saturday over the attack on novelist Salman Rushdie, the target of a decades-old fatwa by the late Supreme Leader Ayatollah Ruhollah Khomeini calling for his death.