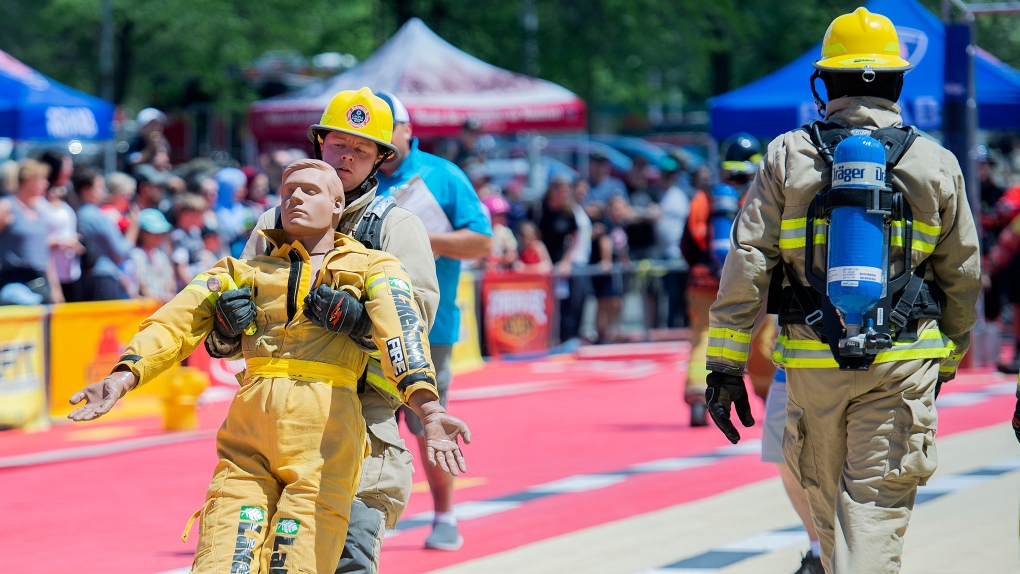 Ottawa firefighters came out on top at the regional Firefit competition held in Montreal this weekend, with the Longueuil and Montreal teams taking second and third place.

All podium finishers qualify to compete in the national portion of the competition, which will be held in September in Alberta.

In the individual races, Eric Einagel and Marisa Tremblay of Ottawa took first place in both the men's and women's events.

Obstacles include climbing a five-story tower with a 45-foot hose, simulating kicking down a door, knocking down a target with a water jet and moving a 175-pound mannequin 100 feet.

All this "with all your firefighter gear, another 175 pounds on your back," explained Chris Ross, president of the Montreal Firefighter's Association.

"These are events that really represent what you do when you go into a fire," he said. 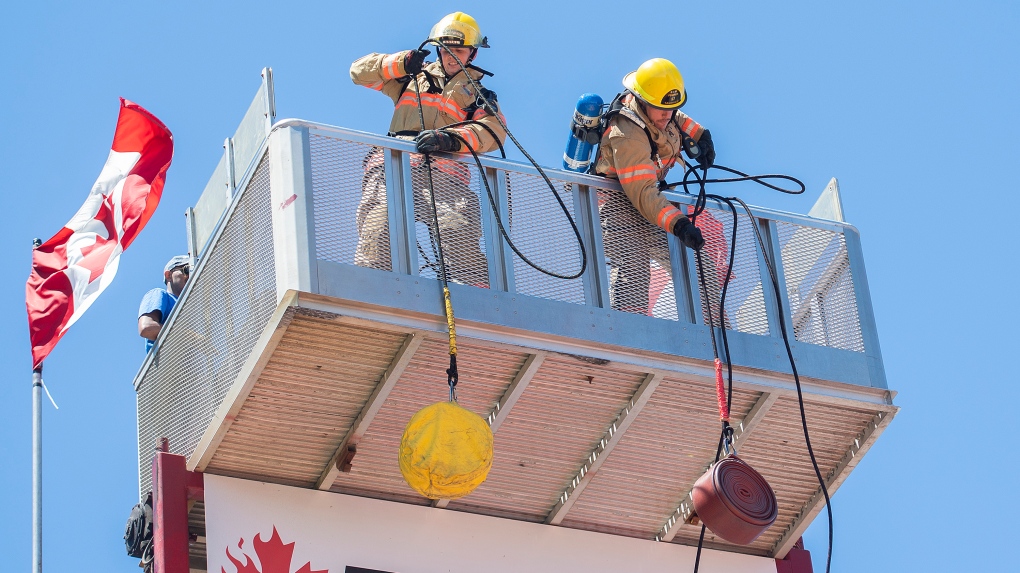 For the first time, Montreal firefighters organized a festive event for the public to go along with the competition.

Ross says the weekend was a hit with families and attracted a few thousand people.

There were also face painting booths, inflatable games, fire awareness workshops and a children's version of the sports challenge on-site.

In addition, historic trucks and equipment were on display.

In previous years, the Firefit event was mostly attended by firefighters themselves.

But this year saw bleachers "packed" with locals, Ross said.

"[There was] a lot of cheering from the locals. The competitors, they certainly enjoyed it. When you have people cheering and screaming, it allows you to find that little extra moment of effort to complete it faster."

This report was first published in French by The Canadian Press on July 3, 2022.

Transport Minister Omar Alghabra told the House of Commons transport committee the COVID-19 pandemic and resulting labour shortages are to blame for the significant wait times at Canadian airports, and said the ArriveCAN app is here to stay.

A 81-year-old Danish woman traveling from Africa to Canada was arrested at Warsaw airport on suspicion of illegal possession of heroin worth over US$515,000, officials in Poland said Friday.

A prominent Quebec cardinal is denying sexual assault allegations against him contained in a class-action lawsuit that was formally filed this week in Quebec Superior Court.