Ottawa bagel company Kettlemans to open up shop in Montreal

Ottawa bagel company Kettlemans to open up shop in Montreal 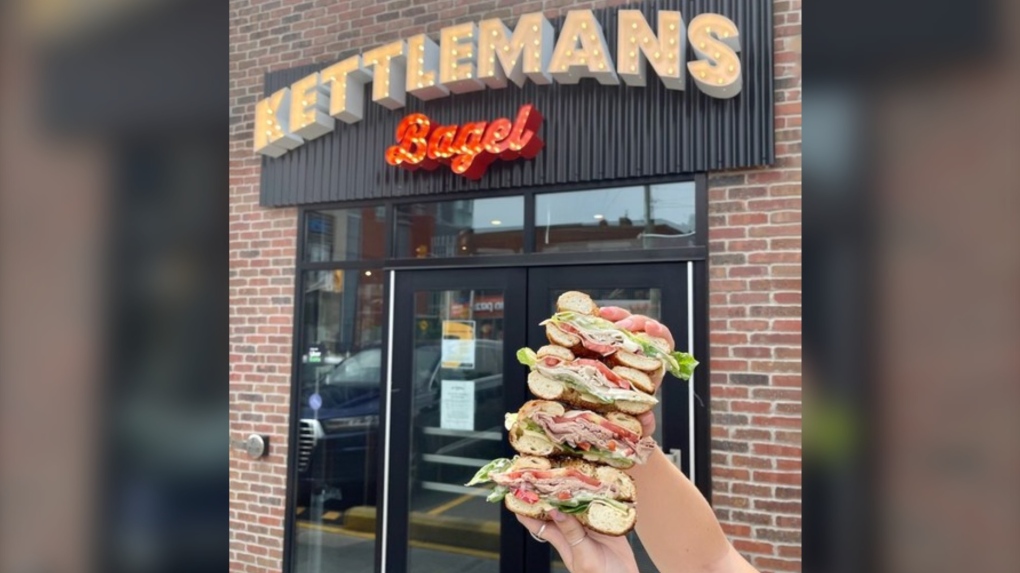 An Ottawa-based company is hoping to toast the taste buds of Quebecers with its own take on the beloved Montreal delight, the bagel.

Kettlemans Bagel will open its first Quebec location, in downtown Montreal, in January 2023.

Branded as "traditional Montreal bagels," Kettlemans was founded by Craig Buckley, a Montreal native. He opened the first Kettlemans Bagel in Ottawa in 1993 and the company now operates seven locations in Ontario.

"Bringing Kettlemans home to Montreal where I grew up is a moment I have looked forward to for a long, long time," said Buckley in a news release published Tuesday.

The Ontario company said it is poised to become the "new favourite stop for Montrealers and visitors to the city."

The company said it will offer sandwiches on Montreal-style bagels and customers will be able to "watch as fresh bagels are hand rolled, kettled, and baked in a specially-designed oven."

The press release refers to Kettlemans as both "authentic," "modern" and "anything but your traditional bagel shop."