Opinion: The smell of racial profiling is in Montreal's air 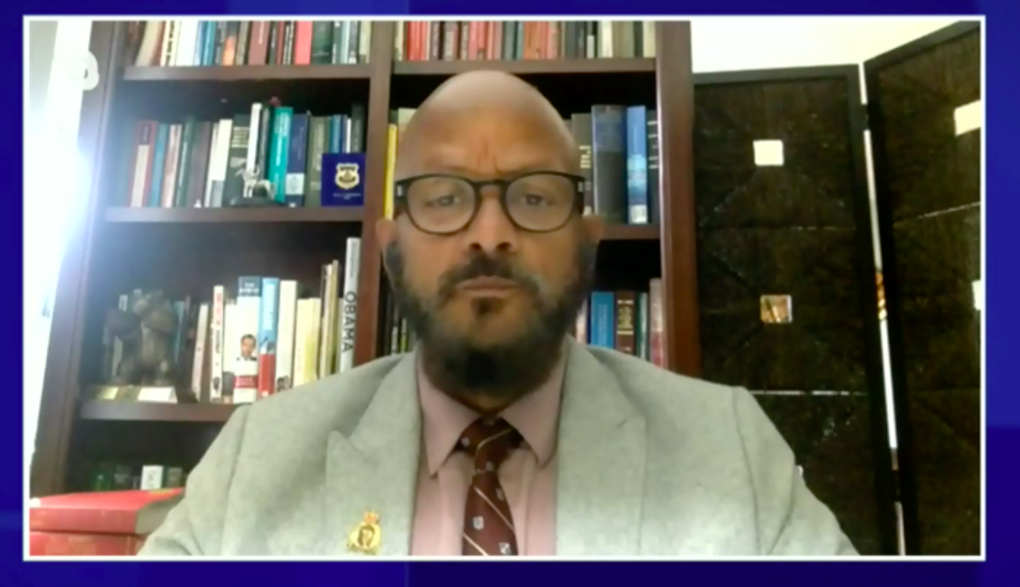 MONTREAL -- Alain Babineau is a social justice advocate and former RCMP officer. He comments on the wrongful arrest of a Black man, Mamadi Camara, by Montreal police (SPVM).

"This is not a case of racial profiling, we are doing a criminal investigation", insists Sylvain Caron, director of the Service de Police de la Ville de Montreal (SPVM). Not so fast, Monsieur Caron! Racial profiling is more than "street checks."

Racism is an ideology that considers certain "races" to be inherently superior to others. For instance, white supremacy! As a Black man who was born and raised in Quebec, lived in Ontario for nearly 20 years, and worked as a police officer across Canada for 30 years, I have rarely met racist people. Discrimination in the law, on the other hand, is a distinction, exclusion or preference based on grounds prohibited by the Charter, which infringes on one’s rights and freedoms.

Racial profiling is a form of discrimination, and I have seen and felt it first-hand!

'FITTING' OR 'NOT FITTING' THE PROFILE? THAT IS THE QUESTION!

Indeed, the practice of racial profiling does exist in all police services across the country, through the “stereotyping” of “racialized” people. It is the use of a person's race to determine whether to randomly stop and investigate them for suspected criminal activity.

“You fit the profile! What are you doing in this neighbourhood? Who owns this car? What do you do for work? Are you Canadian?"

Out of context, these are all inappropriate questions that may indicate that one is being racially profiled! This iteration of racial profiling is well known in the Black community. Years ago, as a cop coming back from the United States from an operation, I was sent to Canadian immigration to verify that my passport and RCMP badge were true! Perhaps I didn’t fit the profile of an RCMP officer?

Racial profiling is also the detention or arbitrary arrest of a Black person. For example, it can also occur in order to elucidate an ongoing investigation in the absence of sufficient descriptive details on the individual sought! As a police officer, during an investigation, I have racially profiled and temporarily detained Black suspects who "fit the profile" -- but I have never seen a case such as Mamadi Camara’s.

As Quebec Premier François Legault says, there is no such thing as a system that discriminates against people in a "systematic" way. Of course! However, there are well-entrenched practices, decisions or behaviours in the institution of policing that have detrimental effects on Black people. This is an incontrovertible fact!

These institutional representations are not produced in a vacuum. Police officers are human beings born and raised in a society that feeds on a collective "reservoir" of stereotypical representations. As a result, even "non-racists" come to act in "discriminatory" ways. As a Black police officer, I have “stereotyped” young Black men living in disadvantaged neighbourhoods as "potential" drug dealers.

The legal test to determine whether there has been racial profiling is relatively simple. First, the "victim" must prove, on the "balance of probability", three elements: (1) a "distinction, exclusion or preference" by the police (2) based on his race and (3) an infringement of his rights to full equality under the Charter. The victim need only show that "on its face," there was discrimination.

Secondly, the defendant can try to justify his decision or his conduct by invoking the exemptions provided by law or case law. If it fails, then racial profiling will be found to exist.

One cannot expect to find direct evidence, such as the admission of an SPVM investigator that he suspected Camara because he was Black.

Hence, we must therefore draw conclusions from circumstantial evidence. It's the social context that matters. For example, similar facts in previous cases, research on racial profiling, testimonies from outside victims, etc. Since 1984, no less than half a dozen studies, surveys and reports have confirmed the existence of institutional discrimination within the SPVM. That’s enough!

Indeed, as Chief Caron says, “We are in a criminal investigation.” But he doesn't understand that in reality, the Camara case also reeks of racial profiling from the very beginning.

Alain Babineau is a Black law enforcement and social justice advocate. He is a retired RCMP Staff Sergeant and a ’19 graduate of McGill University's Faculty of Law.