Opinion: It is undignified to stoke language tensions in the midst of a pandemic 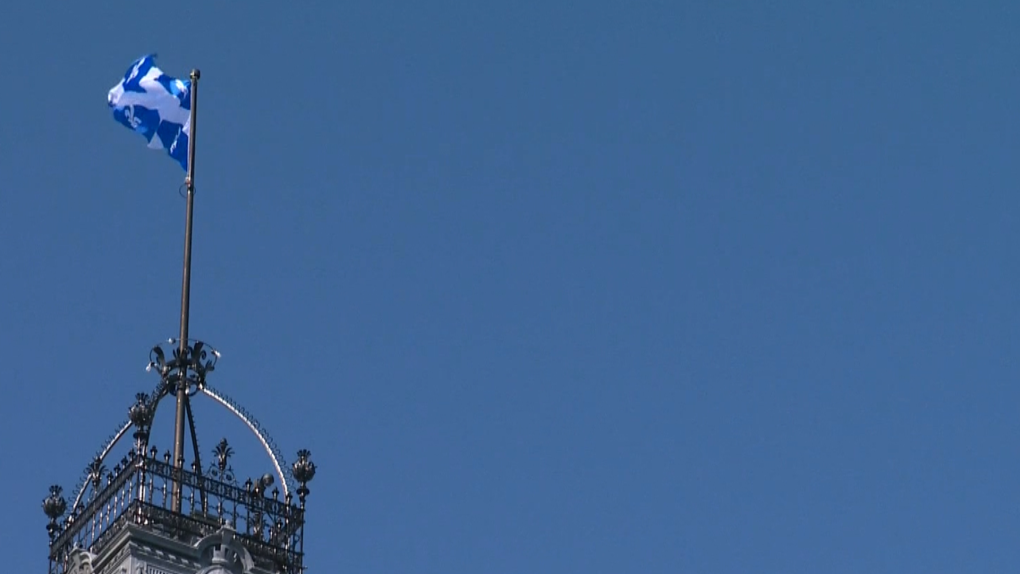 MONTREAL -- Last week there was much distress when MP Emanuella Lambropolous had the audacity to ask a question about the decline of French in Quebec.

The young MP learned a difficult lesson as she unwittingly helped language hawks move the issue to the very forefront of political agenda.

Smarting from recently released poll results about weak support for Quebec separation, some hard line sovereignist pundits decided that this might be an opportune time to stoke language tensions with the pandemic seeing the number of cases of COVID-19 in Quebec at near record levels (nearly 1,500 confirmed cases in Quebec today).

These hawkish tabloid pundits compile anecdotes to spread fake news about the imminent disappearance of the French language in Montreal and its presumed displacement by English. It’s a refrain that has been evoked many times over the years and on occasion has served as a useful means to divert Quebecers from the need to work together across language lines to fight the pandemic.

Some federal politicians that are desperately seeking Quebec nationalist votes are prepared to endorse some questionable demographic analysis about the disappearance of French.

This past week, hard-line nationalist demographer Marc Termotte, who has previously called for Quebec immigration to be reduced to zero, shared alarmist projections about the rapid decline of French in Montreal. He pointed out that in 2016, the percentage of mother tongue francophones (persons whose first language learned and still understood is French) in Quebec was 78 per cent, and it was in the minority on the Island of Montreal at 49.6 per cent.

Using mother tongue as the criteria excludes many immigrants and their children that speak French most often in their homes (i.e. persons of Haitian and Arab origins amongst others).

On the basis of the language people speak most often at home, some 53.7 per cent spoke French in 2016 compared with 54.4 per cent in 2011. That can be construed as a small decline but by the same token, so too have persons with English as their mother tongue and language spoken at home declined in Montreal over the same five-year period.

Not surprisingly, those who advance the idea that French is disappearing would have us ignore data and analysis that doesn’t suit the narrative they want adopt without question. Instead, they prefer to have us believe that the so-called majority non-francophone population will impose their language on the so-called French minority on the Island of Montreal.

Of course non-francophones do not share a common language to impose on everyone. In this regard, former La Presse editor Alain Dubuc’s 2017 essay entitled “la these du déclin” is a must-read for certain federal politicians currently debating language issues.

As Dubuc correctly points out, the decline in the weight or share of francophones in Montreal will not be to the benefit of English, which, he added, is also declining. It is those persons whose mother tongue is neither English nor French -- the allophones -- that are gaining in numbers and share in Montreal and Quebec as a whole, owing to their significant share of international immigration.

The difference in the share of francophones between the Island and the rest of Quebec can be explained by the concentration of immigrants in Montreal and the tendency of many francophones to move off-island for the largely French-speaking suburbs of the Montreal region.

There is no demographic justification for using the Island of Montreal as the basis for situating the decline of French. Doing this conveniently includes the largely anglophone West Island population while excluding the largely francophone South Shore, whose residents reside far closer to Montreal’s downtown core.

It makes more sense to use the Montreal Metropolitan region to assess the language situation. By doing that, however, the share of francophones exceeds 65 per cent -- thereby making it hard for certain pundits and others to pedal the fiction of French disappearing in Montreal.

Service in Quebec retail establishments in French should be available everywhere. Last Friday, I personally visited 20 downtown stores and everyone spoke with me in French. Tabloid pundits want to draw attention to selected incidents in downtown Montreal where either francophones were presumably greeted with what some consider the vile word “hi,” or had difficulty getting service in French. In either case, they leave the highly misleading impression that the English language is rampant in downtown Montreal and that French is increasingly scarce. Yet, a Leger marketing survey conducted in December 2019 suggests otherwise. Of some 1,019 English-speakers surveyed, 60 per cent reported having problems getting service in English in the retail and hospitality sector, and 51 per cent reported problems securing health care services.

As Quebecers continue to collectively deal with a dangerous pandemic, stoking language fears for partisan ends is simply undignified.

Jack Jedwab is President of the Association for Canadian Studies.