Opinion: Is America back? A steep hill to climb for the Biden administration 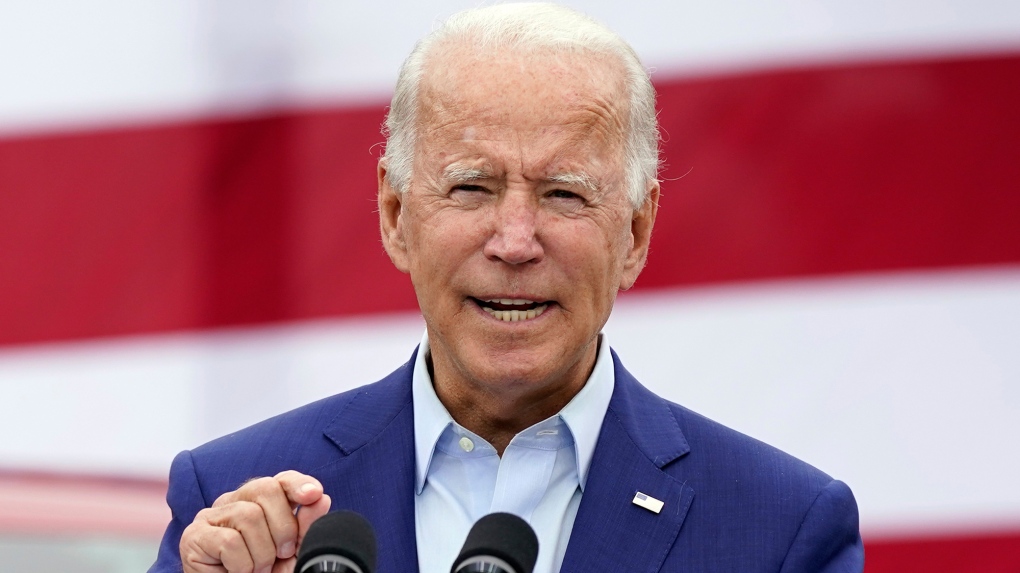 MONTREAL -- Recently, when president-elect Joe Biden introduced the team that will handle foreign and security policy issues in his new administration, he used the slogan "America is back”.

Easier to say than achieve, I suspect.

Firstly, Biden will have a lot of work to do domestically: a pandemic that continues to wreak havoc in the U.S., an economy to rebuild, and above all, trying to bring back unity after a Trump period that divided the United States in unimaginable ways.

Still, the United States remains a great power, it will have no choice but to play its role on the international scene. The future secretary of state Antony Blinken is well acquainted with international affairs. The next ambassador to the United Nations, Linda Thomas-Greenfield, a career diplomat, and John Kerry, former secretary of state under Obama, appointed as special envoy on climate change are both experienced and competent.

Biden has confirmed a return to multilateralism. Washington is expected to rejoin the Paris Accord on climate change and will reintegrate some international organizations such as the World Health Organization. It is to be expected that the American voice will be heard again at the United Nations in a more cooperative mode. This is good news.

Biden will also need to repair the damage done by his predecessor by re-establishing normal relations with traditional allies in Europe, Canada and elsewhere.

It is expected the U.S. will reclaim its usual place in leading NATO. Trump denigrated this organization and worked to weaken it for reasons that escaped observers.

However, the world has greatly changed during Trump's four years.

French President Macron, German Chancellor Merkel and European Union leaders are most probably relieved that common sense will return to the White House but, having been burned, they will want to give themselves some time to see how the Americans will behave on a number of trade and other issues.

Biden said that the U.S. is ready to lead the world again. Not sure it is a universally shared objective. An increased involvement perhaps, but returning to a pre-Trump era may not be possible.

Prime Minister Trudeau and his team have already begun bilateral contacts, promoting the importance of Canada in the American economy. Relations with our southern neighbour will not necessarily be more favourable to our interests, but at least there will be dialogue and not insults from the president. Nevertheless, there may be a few differences, notably because of Joe Biden's (Buy America) protectionist agenda and his opposition to the Keystone XL oil pipeline project.

The big challenges for the next administration will of course be China and probably issues in the Middle East, particularly Iran. It is expected that the confrontational approach with Beijing will be abandoned in favour of an alliance with Europeans and others to make the Chinese understand that it is in their interest to better respect the rule of law and improve the human rights situation. Will this work? Beijing is becoming more and more self-confident. It took advantage of the American withdrawal from the world stage to advance its pawns. It has just signed a free-trade agreement with its Asian neighbours that corresponds to 30 per cent of world trade.

Biden said the U.S. wants to join the multilateral nuclear agreement with Iran abandoned by Trump. This may not be easy to achieve because his government has adopted a long list of economic sanctions that the Iranians will want to see abandoned before making their own concessions. Negotiations are likely to be long and complicated, and Republican politicians in the Senate, if they remain the majority, will not help. The recent assassination of an Iranian nuclear scientist may not be the last attempt by opponents of the agreement to create additional difficulties before the departure of Trump from the White House.

Elsewhere in the region, relations between Biden and Netanyahu will not be as warm as with Trump, but the link between Israel and the United States should remain strong. Moreover, Biden said that the U.S. Embassy will stay in Jerusalem. The Palestinians hope that their situation will improve with Biden. To a certain extent, it may be the case. The Israelis will not always have the green light in the context of the settlements on the West Bank, for instance, and the U.S. financial assistance for the Palestinians will probably return. But will the US try to revive the peace process? This is doubtful. Israel has strengthened its ties with several Gulf countries recently and the momentum seems to be changing in the region. Not in the direction of a two-state solution.

The United States will likely show more interest in defending human rights. Some countries like Saudi Arabia or Egypt will not appreciate it.

Other issues will attract attention, such as migrants from Central America, a region that has suffered greatly from COVID-19, but also climate change. Migration should be managed in a more humane way than under Trump.

It will also be interesting to see how relations with Trump's great friends the Turkish, Russian and North Korean despots will be. What about Cuba? Trump had scrapped Obama’s openness towards Havana.

The Americans have lost ground because of Trump's chaotic and uncoordinated policy. It is not clear that the damage is temporary. Let's hope for Biden that "America is back" will be a more successful theme than Trudeau's "Canada is back”.

- François LaRochelle is a former Canadian diplomat. He is a Fellow at the Montreal Institute of International Studies at the Université du Québec à Montréal (UQÀM).