Opinion: Homelessness affects us all when it comes to COVID-19 -- and we're not doing enough 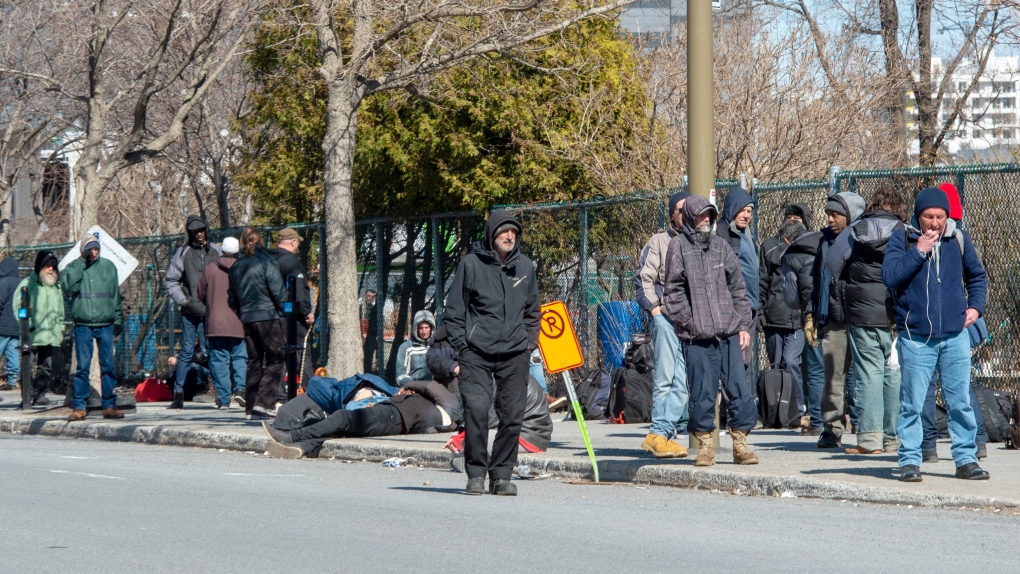 People lineup to get into a homeless shelter Tuesday March 31, 2020 in Montreal.THE CANADIAN PRESS/Ryan Remiorz

Here we go again. A fifth wave. A variant up to four times more contagious than its predecessors is at the doors of Montreal’s facilities for homeless people, including the Old Brewery Mission. It has not crossed the threshold yet, but we’re very worried.

An article published earlier this year in the Canadian Medical Association Journal found that homeless people were over 20 times more likely than the general population to be hospitalized with COVID-19, and ten times more likely to be admitted to intensive care. The scariest finding was that the death rate was five times that of the comparison group within 21 days after diagnosis.

The Omicron variant will almost certainly find its way into the homeless community due to three main factors. First, homeless people live mostly in shelters, eat in cafeterias and share common rooms. Living together with little privacy makes for easy propagation of an aggressive virus. Secondly, food and shelter, Maslow’s basic physiological needs, are the priorities of most homeless people – not masking, distancing and handwashing. Thirdly, the vast majority of unhoused people have complex health conditions which can severely impede their ability to follow public health and hygiene protocols.

To sum up, homeless people are more likely to be infected by the coronavirus than the general population and far more likely to be hospitalized and die from the disease. This affects not only unhoused people themselves but society as a whole, given the current pressures on our healthcare system. So homelessness endangers everyone. In view of the vulnerability of the homeless population and its disproportionate impact on the healthcare system, what is the government doing to prepare for and control the spread of Omicron among people who are homeless? The answer is “not enough.”

Let’s not forget what happened last winter. Hundreds of homeless people contracted COVID-19 over the holiday season. The infection travelled quickly through the community, forcing services for unhoused people – including shelters, day centres, and overnight warming stations – to cut capacity or close. Infected homeless people and those awaiting test results were transferred to the quarantine facility run by the Old Brewery and its community and medical partners. Unlike you and me, homeless people cannot self-isolate in their home or room. They don’t have one.

So in March 2020, at the start of the pandemic, a separate facility was set up for homeless people to isolate from the rest of the population. A year ago, when the first major outbreaks spread through the shelters, it reached and exceeded full capacity, and a second isolation facility had to be opened in the heat of crisis to accommodate the spike in COVID-positive homeless people. Thankfully, after pressure from the community sector, unhoused people were prioritized for vaccination and the case numbers finally began to fall.

What about this winter? First the good news. Community staff across the homeless sector are more experienced and hardened in dealing with COVID than a year ago. Their resilience and dedication have been amazing. The staff at the quarantine facility are now black belts in finding ways to keep sometimes hard-to-serve people – including many with serious mental illnesses and/or addictions – indoors and in isolation. We’re pleased the government has just green-lighted a third dose for homeless people of all ages and the workers who serve them. Public Health is demonstrating some flexibility about the rules for readmission following an outbreak. Rapid testing may also prove very useful.

However, there’s some worrying news as well. With this more contagious variant, we have less space in the isolation facility than we did last year and no significant reserve capacity if the need arises. As the saying goes, “hope for the best, prepare for the worst.” The health department has not prepared for the worst.

It is clearer than ever that, for homeless people, the best vaccine against COVID-19 is not Pfizer or Moderna—but affordable housing of their own.