Opinion: Haiti's pillars are women and essential to its bright future 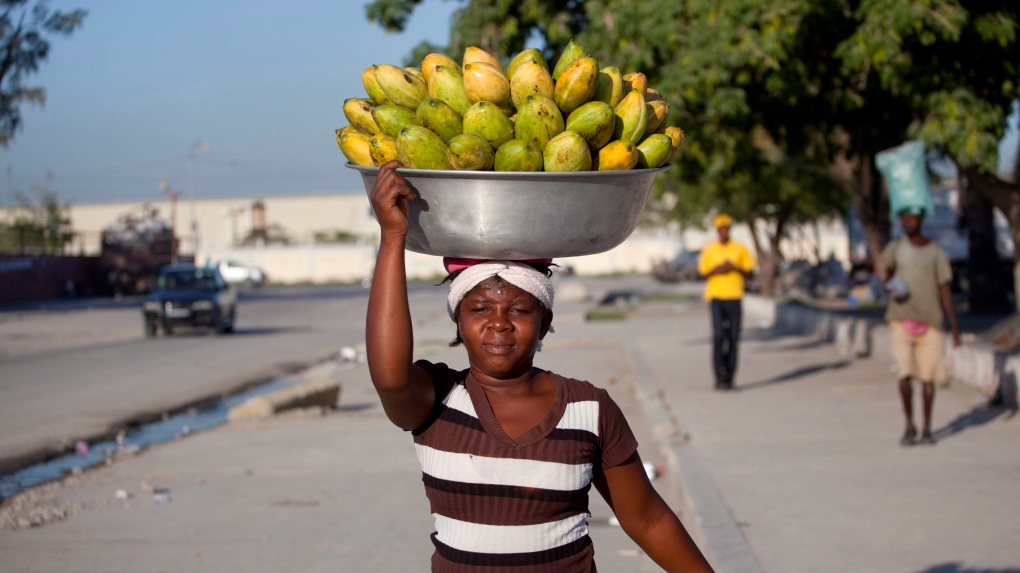 Shortly after the assassination of Haitian President Jovenel Moïse, last July, Le Devoir - a Montreal newspaper - asked me to write an essay about my vision for the future of Haiti. As Jan. 12 marked the 12th anniversary of the country’s devastating earthquake—an updated reflection seems even more à-propos, to explore what could be next for the world’s first Black republic to gain independence, 218 years ago.

It’s a reflection that started some time ago for me. I was 14 years old and it was summer. It turned out to be a memorable one, and the longest time I had spent in the country my parents left in the 1960s. I travelled from Montreal to Cap-Haitien and spent almost eight weeks in Haiti’s second city, the jewel of the island’s northeast. I had been there before but this time, I was going with a specific mission. I became the popcorn machine attendee at Café du Port—my aunt’s new restaurant. It was the hottest place in town and for this 14 year old, the hottest one in the world. The popcorn mandate meant that, for the first time, I was getting a paycheque, and with it, I was introduced to Haiti’s commercial milieu.

Every day, for almost eight weeks, I would see Madan Sara on my way to work.

These women, street vendor, specialize in retail, selling fruits, vegetables, charcoal and other basic necessities. For years, they were the country’s effigy and depicted on the logo used by the Ministry of tourism. They’ve been since replaced by the hibiscus: Haiti’s national flower.

On the street corners, they make their own during their workday, Madan Sara multi-task and go from being foreign exchange brokers to emissaries of Haiti’s agricultural production to CEOs of what we’d call pop-up shops if they’d been in a bustling North American metropolis. By any description, Madan Sara are pillars of Haiti’s economy.

For years, many have demanded and recommended their work be formalized by the government. First, to give Madan Sara access to better structural support and to ensure they are adequately protected. In addition, the economy they so actively participate in should be more inclusive and circular so these sharp businesswomen can get their slice of the pie – after all, they helped to bake it.

The time for Michael Douglas’ Gordon Geiko in 1987’s Wall Street, and all the characters he’s inspired, real and fictitious, has passed, along with its voracity and brutal capitalism. It still exists, of course, but I’m encouraged by an increasing number of entrepreneurs, who strive for equity and fair development, and who want a more social economy.

That ideology also exists in Haiti. But it will take more than the goodwill of entrepreneurs and of members of civil society for it to work. For it to live and thrive, this more social and inclusive economy must be supported by policies that favour collective entrepreneurship. And since it’s estimated by the World Bank that women represent 51 per cent of Haiti’s population, those policies also need to be more feminist.

While presenting her first budget in April 2021, Canada’s Deputy Prime Minister Chrystia Freeland reminded us that “for far too long, women's work, paid or unpaid, has been systematically devalued by the economy and by society.” It took the country’s first women Finance minister for Canada to name, in such an unambiguous manner, the plague that is gender inequality and for it to make equity a priority in its economic policies. It’s a reminder of the importance of both representation and diversity in leadership.

There’s parity in Prime Minister Justin Trudeau’s cabinet, an inexistent reality in that of Ariel Henry, his Haitian counterpart. Of Henry’s 18 ministers, only four are women, while the Haitian Senate only has one woman senator. These anemic numbers fall short of both good sense and of article 17.1 of Haiti’s amended Constitution that stipulated that a quota of at least 30 per cent of women would be applied in all levels of national life, including in public service. They’re also a far cry from the hope allowed when the sliver of a crack was made in March of 1990, when Ertha Pascal-Troullot became the first - and only woman to this day - President of the Republic.

“Famn se pòtòmitan”: You’ll hear the expression often in Haiti. “Women are pillars” – the essential structure of the country. And if it’s true that on many levels Haitian society is matriarchal, some numbers of influential decisional organizations tell a different story. It’s a situation not unique to Haiti, of course, but it’s one many of the country’s activists have decried for years.

The success of COVID-19 management in the pandemic’s first wave in New Zealand, Taiwan and Finland has shined a bright spotlight on the leadership styles of Jacinda Ardern, Tsai Ing-wen and Sanna Marin. The three have succeeded where so many other world leaders have failed.

In parallel, from #MeToo to the Black Lives Matter movement to the renewed climate activism, the most important social changes of recent years were spearheaded by women. A study published in the Harvard Business Review in December 2020 concluded that women are better leaders during a crisis. Never more than today has it been primordial to have more women in Haitian politics.

The increased instability created by the assassination of President Jovenel Moïse put the fate of Haiti’s future back on the international community’s agenda. Some suggested interventionism. Others, with much better sense (and better memory for that matter) know the ravages to which an intervention could lead.

The Haitian diaspora spreads across the world with important concentrations in such cities as Miami, New York, Boston and Montreal. In 2020, it sent $3.8 billion USD to Haiti—a record high. As a member of the diaspora, how can one envision the country’s tomorrows? First, by remembering that every Haitian crisis should be fixed by Haitians, who have always had the proficiency to do so. Our role is also a responsibility and it’s to offer assistance that will transcend financial support and trickle to participation in Haiti’s political apparatus and its civil service.

The summer I was 14 turned out to be memorable, in the best of ways. I saw then what I still see today: Haiti’s rich potential more than its unfortunate pitfalls. Many things can be true at once, and I repeat that often to better deal with the numerous paradoxes. We can recognize Haiti’s successes while being very aware of its inequities and failures. An apt example is the international influence of its gastronomy while 42 per cent of Haiti’s population faces food insecurity. There are many things and people to celebrate in Haiti, though there are victims and tragedies we should never forget.

Through the years, I’ve never wondered about what kind of future awaited Haiti, but rather how I could be part of it. Until recently, I did so through the prism of being a member of the Haitian diaspora. Today, I prefer to do it first and foremost as a woman.

Martine St-Victor is general manager of the Montreal office of Edelman, a global communication firm. She’s also a columnist and regular media commentator in Canada. A version of this essay appeared in Le Devoir in July 2021.