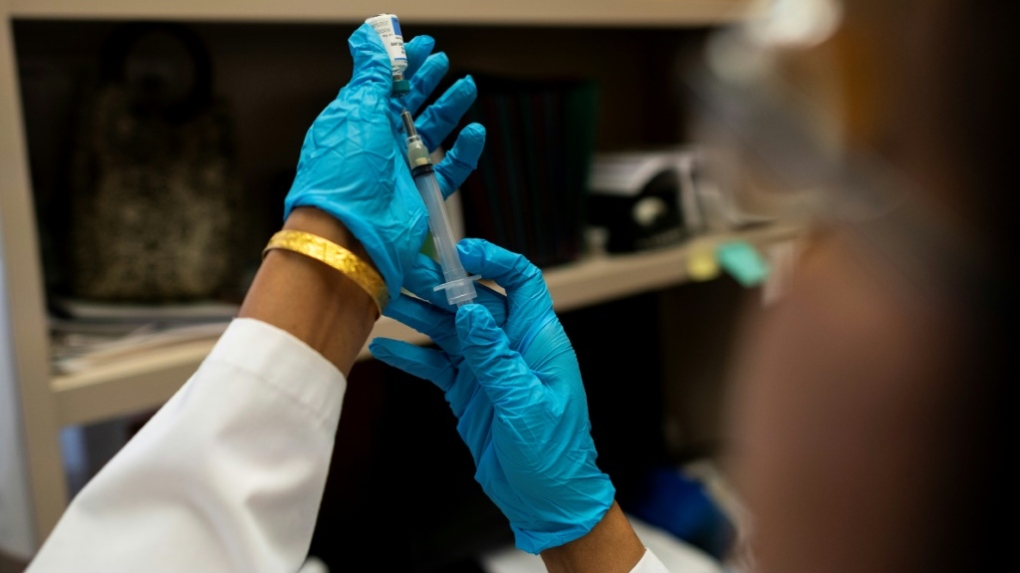 Last year, 19.4 million children were 'not fully vaccinated', the World Health Organization and the UNICEF children's agency said in an annual report -- up from 18.7 million in 2017 and about 18.5 million the year before.

MONTREAL -- The 21st century began, well and truly, not in 2001 but in 2020, with the daunting pandemic we are experiencing.

COVID-19 has not just altered travel flows, transformed the global economy and changed behaviours; it is the single element that will redefine our century.

The redistribution of power in a post-COVID-19 world will be dependent on countries’ successes in taming the virus.

The United States despite former President Trump’s blaming, clowning, joking and mood swinging, and regardless of the misconceptions propagated here and there, is clearly emerging as the big winner.

They have clearly won the vaccine battle, with U.S. companies – backed by huge injections of government money into research – having demonstrated exceptional innovation and swift adaptation when it comes to new medications, laboratory tests and medical equipment.

Platforms like Zoom and Teams are shaping our future “teleworld” and its accompanying sociological revolution, the accelerated consequences of which will be tangible in the coming years.

Global connectivity, measuring the impacts of lockdowns around the world, and fiery exchanges on social media are all the products of Silicon Valley’s tech giants, whose impact on our future world will undoubtedly be amplified.

Russia, successor to a Soviet Union presumed dead and buried, has re-emerged amid unexpected success stories – going so far as to name its vaccine Sputnik V, in a throwback to Cold War glories.

Old eternal Russia has answered the call, far more successfully than many European nations overwhelmed by the challenge.

China has sought to step up as a new superpower, but still cannot compete with the U.S., and will henceforth have to deal with the many countries that – quite rightly – are moving to return their industrial infrastructures locally.

While China has demonstrated increased power in several sectors, it raises many questions about its initial management of COVID-19 as the cradle of this pandemic, with growing mistrust from its Asian neighbours.

As for the rest of the world, only the old British lion, having exited cacophonous, decaying Europe, has shown prowess, in the form of innovations and success in developing vaccines and quickly identifying variants.

Other smaller nations – Israel, South Korea, Singapore, New Zealand – have displayed their future worth, similar to a small but agile and speedy winger playing for a Stanley Cup-winning team, but due to its size will never enjoy superstar status.

Canada, devoid of an overall strategic policy, hesitant in its choices and caught up in endless conflicts with its provinces, has found it very difficult to find its bearings.

The current faltering vaccine campaign epitomizes the difficulties we have faced for nearly a year now.

The provinces have seen their fair share of failures as well, especially Quebec, which recently passed the grim milestone of 10,000 deaths.

Our country must quickly learn the right lessons from this pandemic if we want to remain a meaningful player on the world stage.

If not, we will be relegated to a supporting role in what historians will one day call the post-COVID era.

Rebuilding our industrial framework in the medical field, investing in vaccine technology (which will also be useful for treating cancer in the future), substantially increasing our capabilities in specific areas of medicine, notably infectious diseases and public health, and co-ordinating a countrywide rapid-response policy are the indispensable tools needed to tackle the next pandemic’s challenges – which is undoubtedly coming.