Opinion: As pressure increases on Quebec healthcare system, a public debate is needed on who gets care 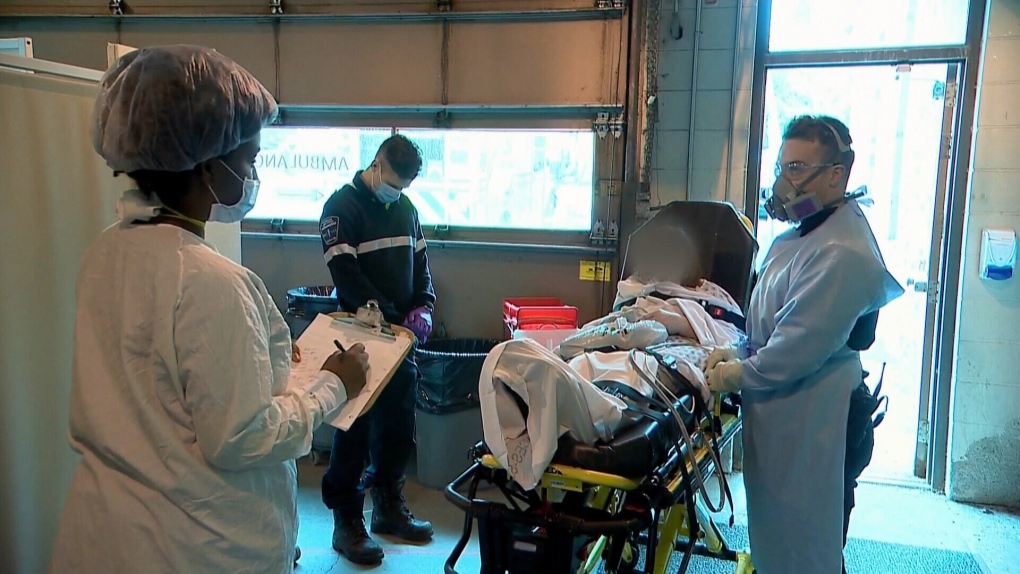 MONTREAL -- The issue of the triage of patients for access to intensive care and medically necessary surgery has now become very real.

Between two patients suffering from equally urgent conditions, which will be operated on or will receive intensive care? Protocols provide for the criteria that will now be used within the health care system.

Without calling into question the possibility that making such choices may become a necessity, we find ourselves questioning the underlying legitimacy of these criteria.

These protocols are designed to standardize triage decision-making in the context of heartbreaking choices. Notably, those who are most likely to recover quickly will receive preferential treatment. In the event of an equal emergency, it will no longer be a matter of treating the person who is the least well, but rather the one who is the healthiest.

In maximizing the use of resources at the expense of individual patients’ rights, these protocols would represent a fundamental reversal of the universal and egalitarian approach that currently prevails in our health care system. The individual’s right to receive medically necessary care would be subordinated to the "common good."

There are many, two of which have drawn our attention:

The issue of triage of patients is more than just a policy governing the organization of care. Not only does this issue lie at the core of the values that underlie our universal health care system, it also raises matters of constitutional law and ethics, in addition to those related to questions of the civil, criminal and ethical liability of our care institutions and caregivers. Accordingly, by their nature and scope, these protocols warrant an analysis that is both rigorous and respectful of our democratic values.

However, they were drafted in a matter of days during a public health emergency, without any significant public consultation or debate.

We believe that a public discussion of these protocols, involving our elected representatives, experts from various backgrounds as well as citizens, is both imperative and essential if we wish to safeguard a humanistic approach to our health system.

A number of issues should be addressed during such consultation, including:

The paradox is striking: the current objective of the containment measures is to protect and care for the most vulnerable, and yet the consequences of implementing these protocols will be to exclude the majority of those same people who, by reason of their vulnerability, are less likely than others to recover quickly.

Moreover, the risk of excluding the weakest and, above all, of assigning them with a lower value in society than others, is very real. Social prejudices are persistent and structural discrimination is insidious. The protection of the most vulnerable is never self-evident, and it is for this reason that our democracies have anchored the principle of equal value of human beings in founding documents such as the Charters of Rights and Freedoms.

It is not too late to avoid the worst injustices and, above all, the erosion of the principle of universal access to health care.

Brigitte Brabant is lawyer specializing in the law and ethics of healthcare.

Nathalie Johnson is a lawyer.