Opinion: A view from the outside is a must for the REM de l’est 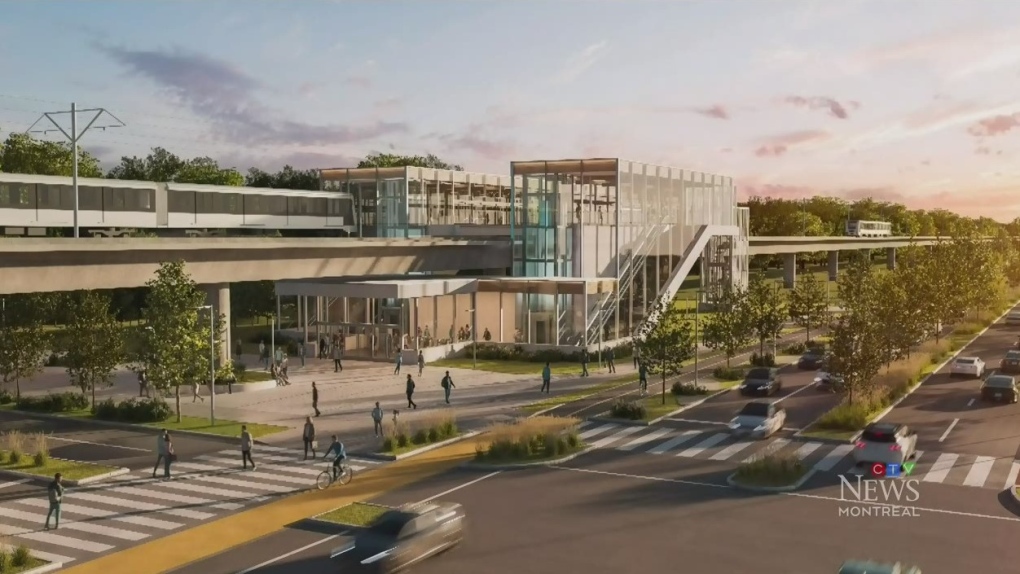 MONTREAL -- It has been two months since CDPQ Infra’s announcement that the REM light-rail network would be extended to the Montreal’s east end.

Two months filled with wild speculation about the feasibility (impossibility, some insist) of building underground, about the impacts of the planned structures on the landscape and on quality of life, and about exactly what factors prompted CDPQ Infra to prefer an aerial route—the only solution, it claims, that is viable and technically possible.

Two months that culminated in scaremongering about downtown buildings and metro lines collapsing to justify the chosen scenario, and the issuing of a take-it-or-leave-it ultimatum to the public: the project will go ahead as presented, or not at all.

And yet all that time, CDPQ Infra has done without the fundamental, necessary input of an advisory committee—despite having pledged to form one last December, on the very day the eastern extension was announced. In so doing it has forgone an opportunity to implement the kind of constructive and transparent approach that we have the right to expect of a project on this scale.

Alongside the ongoing public debate, CDPQ Infra must initiate an exhaustive conversation with specialists representing the key disciplines involved in such a massive engineering and architecture project in an urban setting. These specialists must be brought together as a committee and tasked with independently and transparently reviewing all of the complex data and studies compiled to date by CDPQ Infra, evaluating the proposed scenario in depth and questioning it. That exercise is fundamental, because the project’s inherent complexity results in technical information that the layperson is unlikely to fully grasp.

The committee must work in tandem with CDPQ Infra while remaining fully independent from it. The members should be appointed by the Quebec govnerment (so as to prevent the project instigators from acting as both judge and jury) and they should report their recommendations to the government—to the public, even. This is not a novel approach: it was successfully employed for the Samuel-de-Champlain Bridge project. The purpose of such measures is to deepen citizens’ trust in the processes put in place.

Given how vitally important it is to clearly define the fundamentals of the project and the construction contract, the committee must be involved right from the development of the guiding principles through to project delivery.

Absent such involvement, completion of an exemplary REM 2.0 could be compromised, even impossible. Moreover, the role of the chosen specialists must not be limited to merely advising on the aesthetic merits of the planned concrete structures. Their mandate must include evaluation and mitigation of, among other things, the visual and noise impacts of the project, the potential for devitalization of commercial zones and downward pressure on property values, the changes to walkability and the impacts on built heritage. These factors and their astronomical ancillary costs also speak to the importance of sound consensus-building with municipal stakeholders.

It may well be that CDPQ Infra has fully considered all viable scenarios and that the aerial route is the only technically feasible option. At the moment, however, we can only take it at its word, because it is zealously guarding the data, sharing only piecemeal information, framed according to its reality, with the media and a select few stakeholders. We believe it is important, at this stage in the debate, that CDPQ Infra provides a persuasive, well-argued and detailed demonstration, to professionals with the requisite expertise and independence, that there are no alternative scenarios that would be less harmful from urban-planning, landscape, socioeconomic and environmental perspectives.

Conditions must be in place to enable an informed, transparent decision on which option to implement and, in turn, a collective decision on whether to go forward—or not—in light of constraints that are known to one and all. That process cannot happen solely through interviews in the media that invoke disaster scenarios. It urgently requires the input of an advisory committee. Such a view from the outside is vital to enriching the conversation, protecting the public and ensuring the exemplarity of this megaproject.