One mask or two? Quebec's top health officials are sending a confusing message, says the PQ 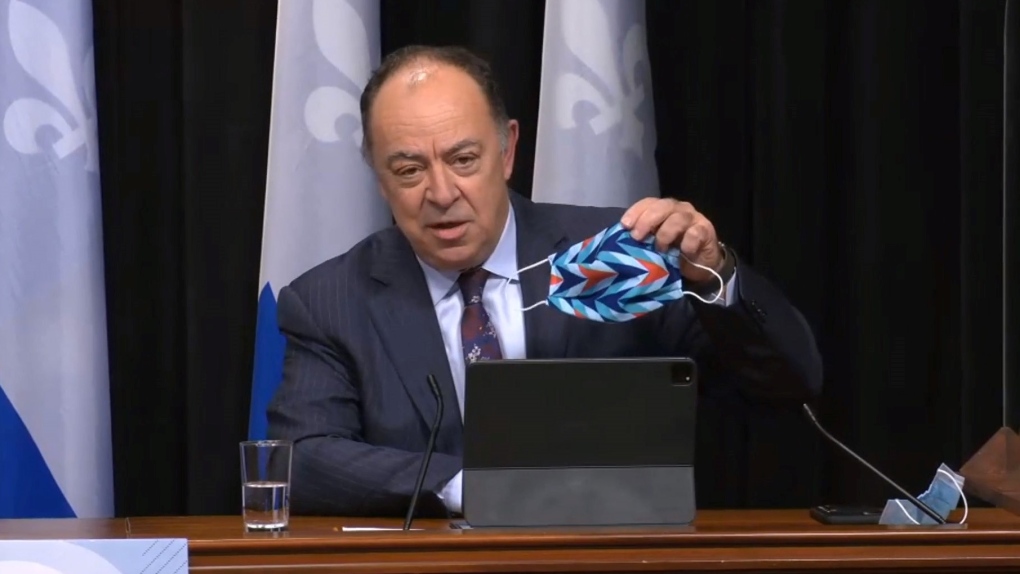 MONTREAL -- The Parti Quebecois (PQ) says it’s perplexed by what it calls ‘staging’ by Quebec’s health minister, Christian Dube, at a press conference on Thursday.

When asked, Dube said that so long as he was not vaccinated, he found it more ‘prudent’ to wear two masks, layered, even though it is not a recommendation from Quebec Public Health.

The question was also put to the province’s director of public health, Dr. Horacio Arruda, who joined Dube at the press conference. Arruda could only say he would study the issue with his experts.

Canada’s Chief Public Health Officer, Dr. Teresa Tam, recommends doing everything possible to ensure that the mask fits the contours of the face. The double mask is not a formal recommendation from Canada, though, which maintains that a non-medical mask, consisting of two layers of fabric and a filter, provides good protection.

“It's quite curious,'' said Joel Arseneau, the PQ’s health critic. “There is certainly a message, a political communication that he was trying to make, but which didn’t come across.” He added that he remained ‘perplexed’ as to what message the minister wanted to send to Quebecers.

“There is quite a challenge around getting masks to fit properly,” he said. “Wearing a second mask often helps to fit the first one well, especially for people with smaller faces. I think the health minister has shown a good example.”

He also encouraged the provincial government to issue guidelines for making masks at home, as other governments have done.

“The issue of protective equipment (...) is one of the flaws in our current strategy,” he said.