One-man band 'pumps up the jam' in must-see cover, with dog 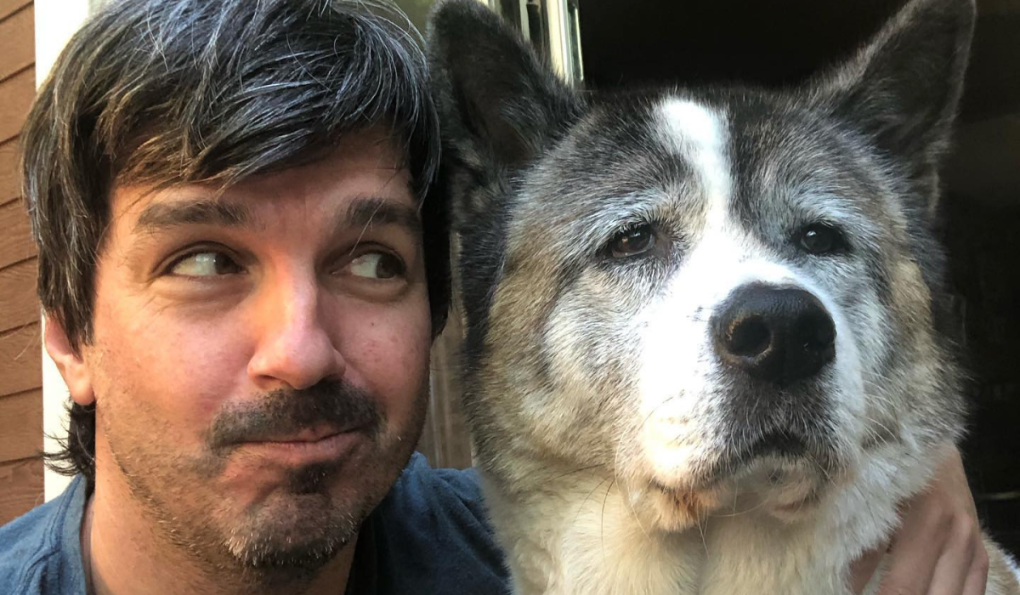 Damien Robitaille's version of Pump Up the Jam has gone viral. The secret to the success of his 137th song-a-day video may lie in the charm of his pet Akita Suki, who makes a guest appearance. SOURCE: Damien Robitaille/Facebook

MONTREAL -- Who would have thought after 136 of covers and originals in French and English that a version of Technotronic's 1989 synth hit "Pump Up the Jam" would push franco-Ontarian Damien Robitaille into the viral video world.

The one-man band has been posting a video a day since the COVID-19 pandemic began and his jams have garnered between a couple thousand views to tens of thousands.

Then came Pump up the Jam and its 4 million views (mostly on Twitter).

Why did that one burst the dam?

Suggestions of Technotronic's appeal appeared in July when Robitalle performed a take on "Move This." The video was viewed 60,000 times.

Noticeably absent from that video, however, was Suki, Robitaille's Akita dog that makes appearances in a number of his hundreds of videos (even featuring as the main act in one).

He's done covers of Radiohead, the Beach Boys, the Beatles, Abba and more all sitting at his piano while playing a kick drum or, as in the Pump Up the Jam cover, keeping time with a shaker. He sings multiple parts in a number of songs including in a cover of Queen's Bohemian Rhapsody.

CTV News featured Robitaille's Beatles' cover of "Get Back" urging the ill-fated humpback whale to leave Montreal and head to Tadoussac where it belonged.

None, however, caught the attention of the online population like his Nov. 30 dance jam video.

Pump Up the Jam has received over 1,000 comments on Twitter from around the world - including one from Premier Francois Legault - and the video has been retweeted over 10,000 times.

"In March, I started posting nearly a song a day on social media, it helped chase away the blues/loneliness/boredom," Robitaille wrote on Twitter.

The response to Pump Up the Jame is a far cry from Robitaille's first video of the pandemic.

That cover, suitably, was John Lennon's "Isolation" posted on March 17.