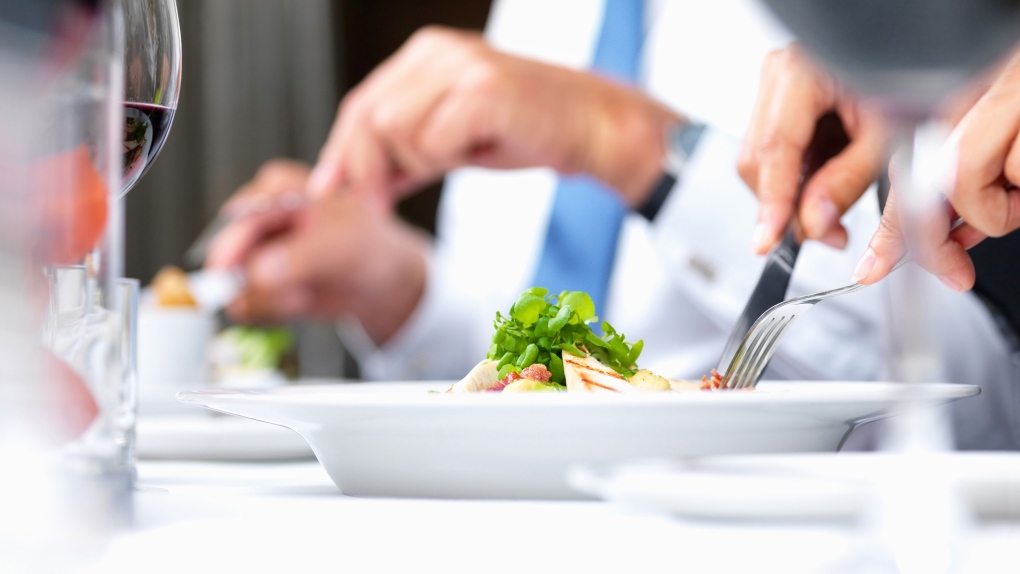 A third of restaurant goers (32 per cent) in British Columbia will leave no tip when the service is “below average” and their server is “clearly not busy" according to the poll.

A rare dinner out for seven old friends at an upscale Montreal restaurant turned into a small spreader event this month, with six of the seven testing positive for COVID-19 within a few days of the get-together.

It appears the highly contagious Omicron variant is responsible for the fast-moving infections.

Three of the six men have gotten calls from Montreal Public health so far, confirming the infections were caused by the Omicron variant, according to one member of the group who got that call himself.

He expects the others to get the same news any day now, he said.

“Six out of seven of us were knocked out in one dinner,” the 41-year-old Montreal resident, whom CTV News is calling by a pseudonym, Steven, said in an interview.

He did not want to use his name to protect his family’s privacy.

His wife and young children have also gotten tested and are waiting for results, he said.

“I mean, it makes sense. You need something that's uber-contagious in order for six out of seven double-vaccinated [people] from one dinner to all be infected,” he said.

Steven doesn’t know who, if anyone, at their table on Dec. 7 may have been patient zero. They could have also caught the virus from a staff member or another customer.

But he says the restaurant, located on Notre-Dame Street West in the St-Henri area, diligently checked everyone’s vaccine passport and asked them for ID.

None of the friends had done any recent travelling, he said.

Speaking to CTV on a phone from his basement at home, isolated from his wife and children, he said he is sharing his experience as a cautionary tale, wanting to highlight the risks associated with a small social activity many see as a safer alternative to a big party.

“It sort of puts things into perspective,” he said, right as Quebec's premier predicted record-breaking numbers for the following day and reimposed restrictions on a wide swath of activities.

“I think if you would have asked anybody, 'Hey, listen, what are the chances seven double-vaccinated adults go for dinner and six come back positive?' most people would tell you this is pretty unlikely," he said.

Omicron, however, is not to be trusted, he said. His symptoms are mild -- a fever and cold-like symptoms -- but "it certainly seems like this thing is scarier, just from a transmission perspective,” said Steven.

Nestle is flying baby formula into America as shortage continues

Nestle is rushing baby formula into the United States via airfreight in a bid to ease a nationwide shortage that is unnerving parents around the country.