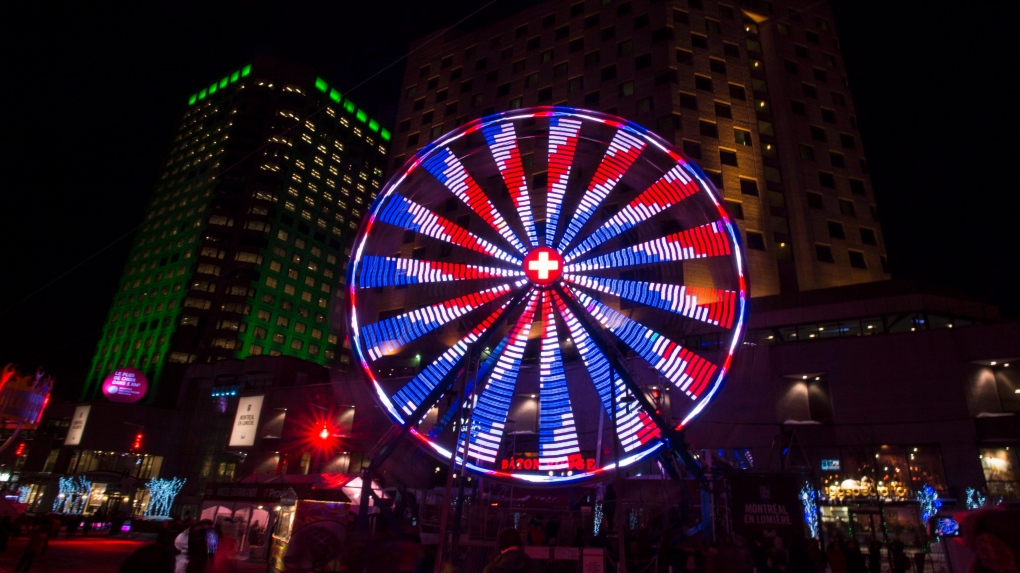 The Montreal en lumière festival will be held for the 24th year from Feb.16 to March 5.

This year's edition will be marked by the 20th anniversary of the Nuit blanche and the return of international guest chefs to Montreal restaurants, after two years of pandemic.

The organizers unveiled the program for the gastronomic portion of the event on Monday.

"It's a copious and gargantuan menu that we have to offer you," described Julie Martel, project manager for Équipe Spectra, at a press conference.

Under the theme 'Montreal is hosting', some 40 Montreal restaurants and establishments will host local and international chefs and producers. They will come from France, Italy, Belgium, Switzerland and mainly from Scandinavia.

Various special events will also take place, such as a symposium on Quebec's culinary identity and a collaboration between the Toqué! restaurant and the Riopelle Foundation to mark the 100th anniversary of the birth of painter Jean-Paul Riopelle.

More than 20 free activities are also planned during the first two weekends of Montréal en lumière, in the large public space of Place des Arts where the 'Gourmet District' will take shape. Workshops on sustainable food, Aboriginal culinary traditions, vegan pastries and Asian vegetables are among the activities on the program.

- This article was produced with the financial support of the Meta and Canadian Press News Grants. This report by The Canadian Press was first published in French on Nov. 28, 2022