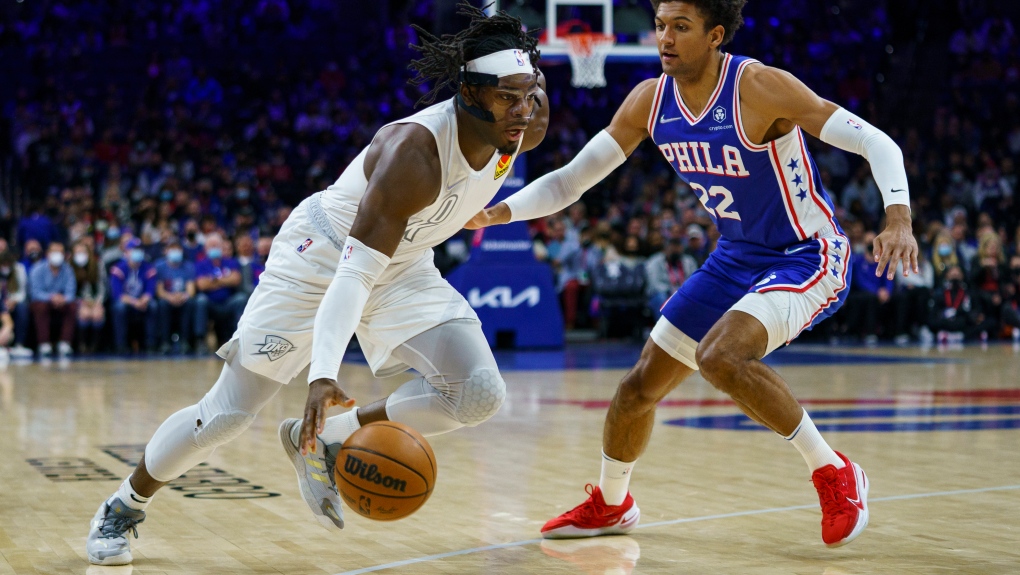 Maizon Dort is a non-profit organization dedicated to improving the lives of underserved youth in Montreal, Oklahoma City and central Arizona.

"These communities have made me the player and person I am today," said Dort. "With the platform I have now, I want to do everything I can to give back. I want to make sure that children and families in underserved communities are given equal opportunities and support to achieve their dreams."

"Basketball and soccer have not only kept me healthy and active as a child, but these team sports have also kept me in a safe environment and on the right path to success," said Dort. "I learned principles such as hard work and teamwork, which carry over into many aspects of my life today."

The foundation's inaugural event will be Dort's second "Camp Lu the Beast," which will take place the weekend of Aug. 20.

A native of Montreal, Dort played his only collegiate season with the Arizona State University Sun Devils in 2018-19.

He was named the Pac-12 Association Rookie of the Year in addition to being named to the All-Tournament Team on defence.

After being overlooked in the 2019 NBA Draft, Dort signed a contract with the Thunder and helped the team reach the playoffs in his rookie season.

This report by The Canadian Press was first published in French on Aug. 17, 2022.

After a night of delays, the vote counts came hard and fast, resulting in Danielle Smith being named the UCP’s new leader and Alberta's next premier.

Myles Sanderson was responsible for all 11 deaths during the mass stabbing in Saskatchewan last month, according to RCMP.