MONTREAL -- One of Montreal's major thoroughfares is getting a much-needed facelift – but it's still years away.

After years of potholes and shoddy conditions, officials now say they're set to make good on years on promises to upgrade on Notre-Dame Street East, turning the street into an urban boulevard, complete with a pedestrian walkway, bike paths and more greenery. 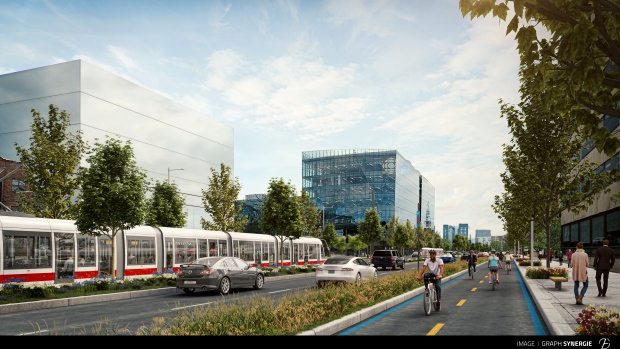 The street currently runs along the Saint Lawrence River, but the view is often blocked by a slew of warehouses and cargo trains. 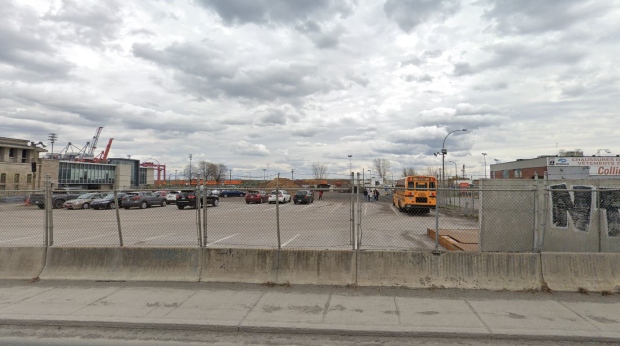 What it will look like is still up for debate, but on Friday, the city offered some renderings of its vision.

Instead of four lanes of car traffic, the hope is cars, pedestrians and cyclists can share the route along with green spaces.

The revamp will include, though, extending the rapid bus service along Pie-IX Blvd. to rue Notre- Dame Est to promote mobility in the east end.

A tramway or an extension to the Réseau express métropolitain (REM) electric train network in the area might also be part of the city's vision, but so far there are no concrete plans. 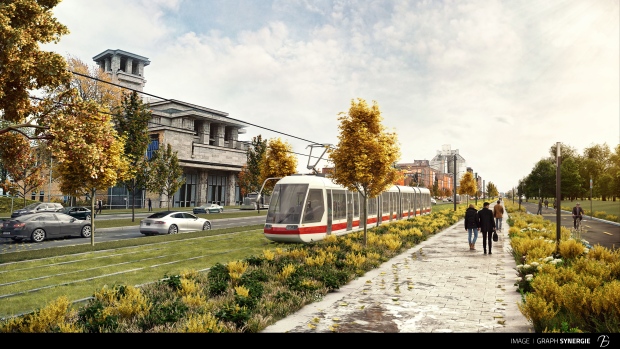 "What is crystal clear is that in order to develop the east of Montreal, there have to be some good transportation modes. Something that will support investors and enterprises and people that will want to live there because it will be easy to navigate," said Montreal Mayor Valerie Plante.

Redevelopment plans for the area have dragged on for decades, but there's a difference this time: money to decontaminate the land has already been allocated. All levels of government are now involved in the revitalization.

"Obviously everything that has to do with public transit, active transit, is music to our ears and this this very high on our list of priorities for the federal government," said Canadian Heritage Steven Guilbeault, who is the MP for Montreal's Laurier—Sainte-Marie riding.

The estimated pricetags for previous plans were pegged at more than $1 billion, but there is no word yet on how much the Plante administration's vision will cost. 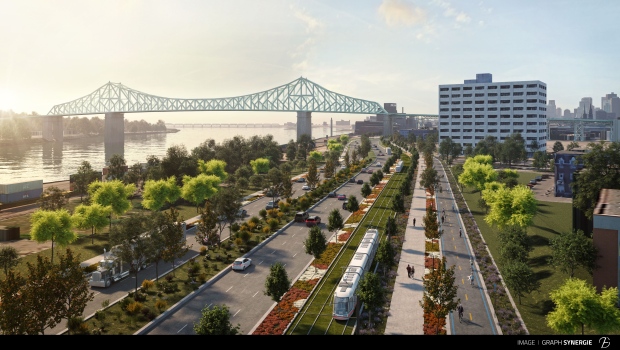 It will be up to the Caisse de dépôt et placement du Québec (CDPQ), which manages the REM, to determine if it will build a tramway or an electric train.

Preliminary reports are expected in the spring, but environmental impact studies and budget considerations also need to be drawn up.

The project could take eight to ten years to complete.