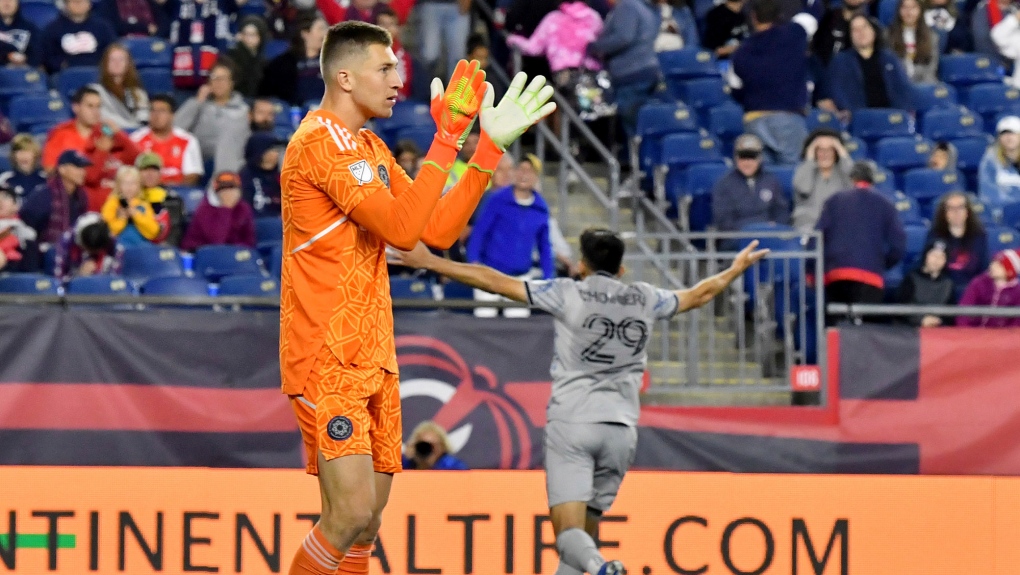 With only two games left in CF Montreal's season, second place in Major League Soccer's Eastern Conference appears to be all but locked up -- barring an unexpected meltdown from the first-place Philadelphia Union.

The final push toward the post-season begins Saturday night when Montreal (18-9-5) hosts a struggling D.C. United side at Stade Saputo.

United (7-19-6) started slowly this year and never recovered, winning just once in their last 11 games. The club was the first MLS team to be eliminated from playoff contention.

Despite their opponent's recent form, Montreal head coach Wilfried Nancy has made it a priority for his squad to remain focused on each game while not looking too far ahead.

"Every opponent is taken very seriously," said Montreal defender Zachary Brault-Guillard. "In other years we had a habit of playing well against top teams and switching off against the lower-ranked ones so it's important to stay focused.

"It's going to be a sold-out crowd for our last home game of the season and we want to end it on a high note."

Montreal, currently five points behind the Union, was in strong form ahead of the recent international break.

The team is riding a four-game unbeaten streak and has lost just one of its last 13 games. The squad has also accumulated 30 points over that stretch, more than any other 13-game span in club history.

Montreal's consistency at home and on the road has been one of the club's most notable improvements this season.

"This is something we've been building since last year and we know what is needed to be done to keep our momentum going," said midfielder Joaquin Torres. "We're always looking to improve no matter what time of the year it is.

"We always have to look to replicate the good things we do and work to eliminate our mistakes."

Montreal, which has a nine-point cushion on the third-place New York Red Bulls, hung on for a 2-1 road victory in its last meeting against United on July 23.

This report by The Canadian Press was first published Sept. 30, 2022.

A veteran and former Paralympian told a parliamentary committee that a caseworker from the Veterans Affairs Canada offered her medical assistance in dying, a week after the veterans affairs minister confirmed that at least four other veterans were offered the same thing.

Transport Minister Omar Alghabra says the upcoming holiday travel season is sure to be a busy one, but that he’s working with air travel stakeholders to ensure the summer’s flight cancellations and lost luggage problems aren’t repeated.

As Canada enters the fifth week of the flu epidemic, influenza activity is rising, with mainly young children and older adults facing the brunt of the strain, according to the latest FluWatch report.

US knocked out of World Cup, loses to the Netherlands 3-1

Memphis Depay and Daley Blind scored in the first half and Denzel Dumfries added a late goal as the Netherlands eliminated the United States from the World Cup with a 3-1 victory Saturday that advanced the Dutch to the quarterfinals.

Canada features in list of 23 best places to go in 2023, according to Conde Nast Traveller

Canada's British Columbia features in a list of the 23 best places to travel in the world in 2023. The list was created by travel magazine Condé Nast Traveller.

Chinese authorities on Saturday announced a further easing of COVID-19 curbs with major cities such as Shenzhen and Beijing no longer requiring negative tests to take public transport.

Welcome to the knockout rounds of the World Cup as the final 16 teams vie for soccer’s most coveted trophy. Netherlands, USA, Argentina and Australia all face elimination if they don’t win. CTVNews.ca takes a look at everything you need to know on Day 14 of the tournament.