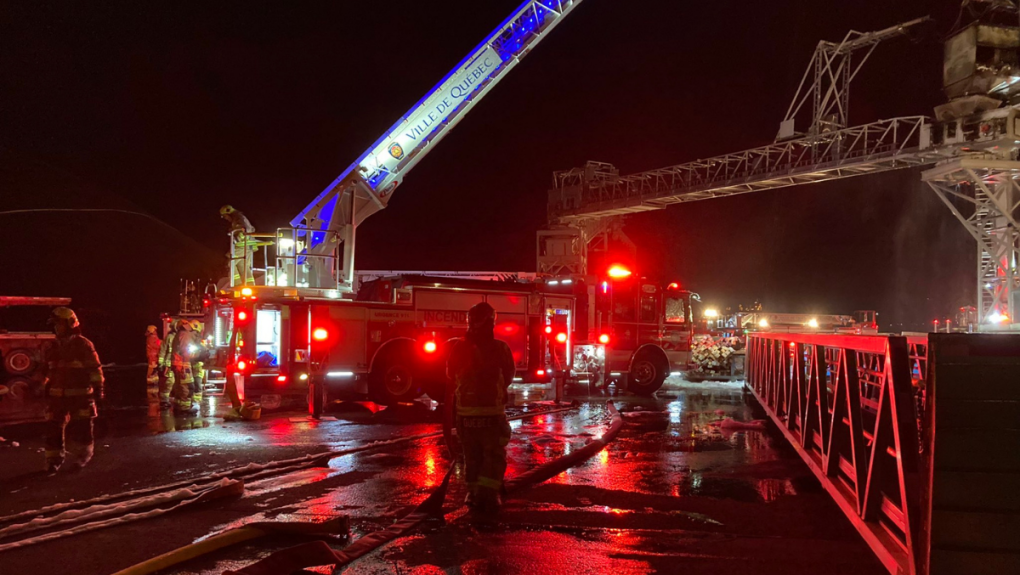 Quebec City firefighters were in the Port of Quebec Monday night after a fire broke out on a conveyor. SPCIQ/Twitter

QUEBEC CITY -- A four-alarmed fire broke out late Monday night in a ship supply conveyor at the Port of Quebec.

The fire started shortly after 10:30 p.m. and did not cause any injuries. It was declared under control around 1:45 a.m. Tuesday night.

According to the Quebec City Fire Protection Service (SPCIQ), it was an employee who saw flames in a conveyor and its structure that contacted 911 emergency services.

The conveyor belonging to Sollio Agriculture contained soybeans at the time of the fire.

Several elevation vehicles equipped with water cannons and high flow hoses were used by around 65 Quebec City firefighters to extinguish the fire.

Quebec City police (SPVQ) were on the scene to monitor traffic.

The Fire Commissioner's Office went to the scene to determine the cause and exact origin of the fire.