No apology, but clarification, from doctor who compared COVID-19 to the flu 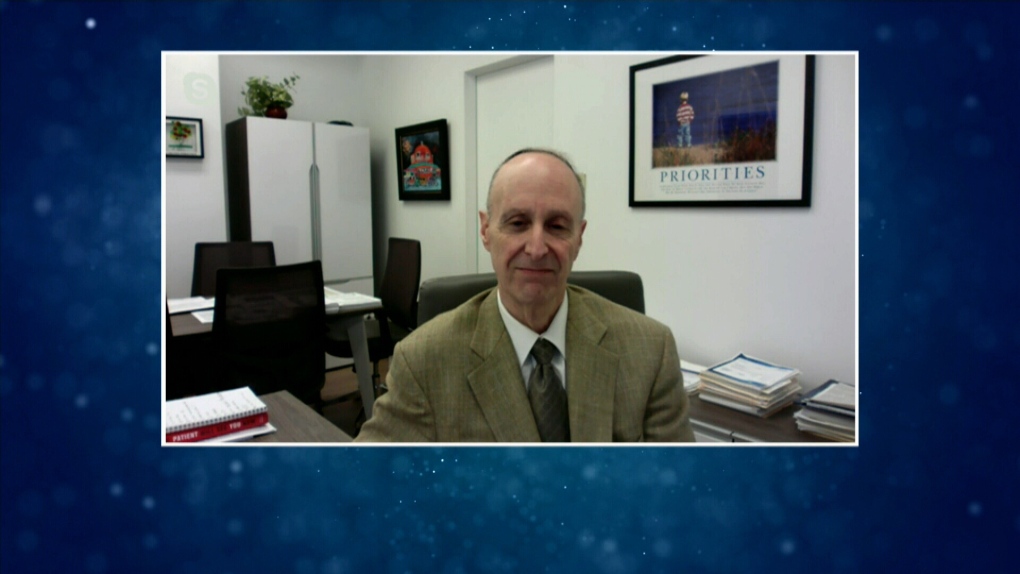 MONTREAL -- A Montreal doctor who made controversial comments about the novel coronavirus that leads to COVID-19 during an interview with CTV News is defending himself, saying his comments were taking out of context.

On Sept. 13, Lawrence Rosenberg, who serves as the president and CEO of the West-Central Montreal health authority, compared COVID-19 to the flu. Since the pandemic began, health authorities around the world have cautioned against such comparisons, noting the mortality rate of COVID-19 is much higher.

In a statement issued Wednesday, Rosenberg said he does regret that his comments were embraced online by people skeptical of the impact of COVID-19.

“My brief comments were subsequently misinterpreted and were embraced by some individuals who mistakenly believe that COVID-19 does not deserve to be prevented or fought with every means at our disposal,” he said.

But Rosenberg defended the crux of his comments, saying that while there are differences between COVID-19 and the flu, “Since the flu and its dire consequences have been with us for so long and can usually be prevented with a vaccine, many of us have wrongly come to believe that it is not a serious disease.”

Rosenberg stressed that it's his belief that without a vaccine, the flu would generate the same strong emotions as COVID-19. No vaccine has yet been made available for the new virus.

“In all likelihood, if a flu vaccine did not exist, the effects of the disease—in terms of the rates of sickness and death—would be much more severe,” he said.

The doctor ended his statement with a plea for everyone to continue following the strict guidelines and recommendations put in place to prevent the spread of COVID-19.

“One major benefit has emerged from this incident: It has given me an opportunity to remind the public how important it is for every person—especially those at high risk—to be vaccinated against the seasonal flu. Contracting both the flu and COVID-19 could be devastating, which represents one more reason for wearing masks, social distancing and washing our hands regularly.”

On Tuesday, Health Minister Christian Dube said he had not watched the interview but that workers from his department would sit down with Rosenberg to discuss the matter with him. Public health director Dr. Horacio Arruda referred to Rosenberg's comments as "inappropriate," considering more than 5,000 Quebecers have died from the disease in the last six months.