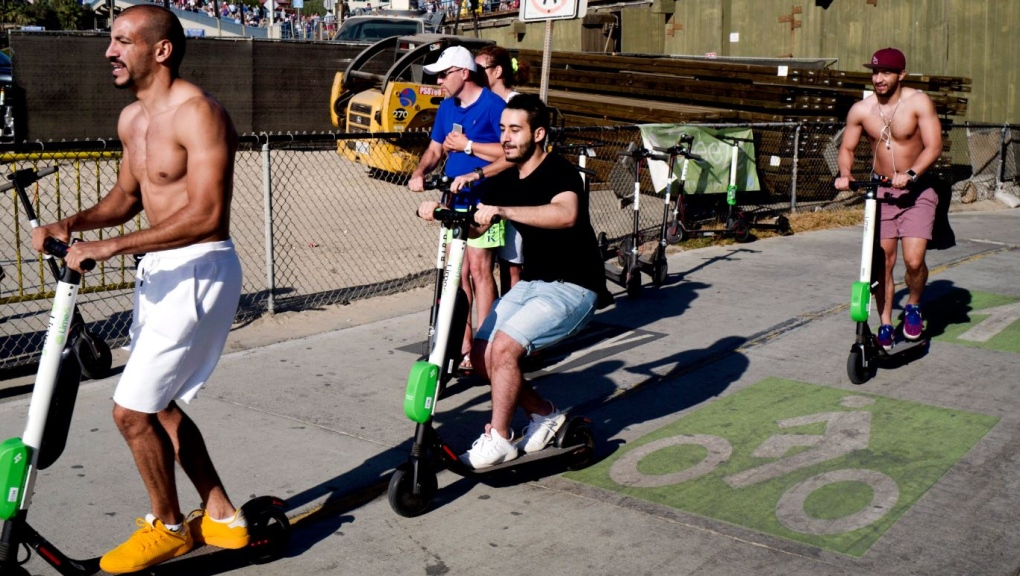 In this July 1, 2018 photo people ride Lime and Bird scooters along the strand in Santa Monica, Calif. (AP Photo/Richard Vogel)

MONTREAL -- The official opposition wants the city to eliminate some electric scooters and bikes.

Ensemble Montreal says Montreal should stop the Lime, Bird and Jump companies from operating in the city, but continue to work with local company Bixi.

He says some users of Lime, Bird and Jump don’t return the scooters and e-bikes properly, scattering them haphazardly throughout the city, leaving them in garbage cans, the metro or even in the Lachine Canal.

Lime General Manager Michael Markevich, says in a statement that in Lime’s short period of operation, Montrealers “demonstrated clearly that they value scooters as a transportation option, with more than 200,000 rides taken by 50,000 users.”

Mayor Valerie Plante says that getting people out of their vehicles is still a priority.

Ensemble Montreal will be filing a motion at city council Jan. 27.